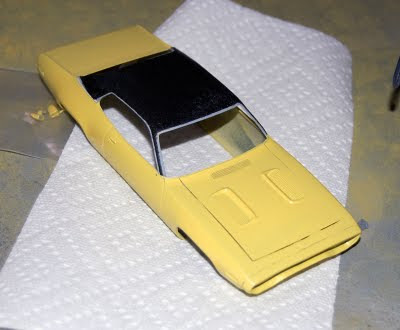 The Roadrunner dries after a second round of color coating. It's slow going due to the wet weather here.....I want to give it extra time so nothing in terms of bare metal foil, clear coat, or decals gets messed up. 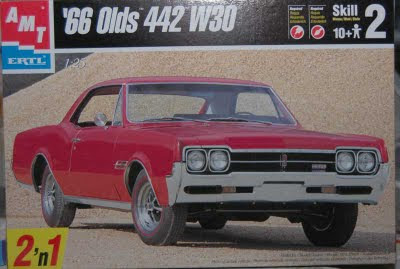 For the last few weeks I've been struggling with "where I want to go" with this silly hobby. Should I be concerned with trying to improve my skills at the expense of the pastime not being as much fun? After some thought: it seems I am programmed to try to always be better at anything I do....crafts, artwork, and hobbies are no exception, and there's no point in fighting it. So let's improve away. This time, I am focusing on a "clean stock build" using new techniques I learned from a book by Gerald Wingrove. 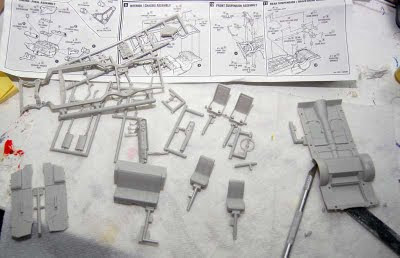 I've tried to "clean up my builds" before but with only limited success. As I said in previous posts, Gerald Wingrove is considered by some to be the greatest car modeler of all time, and looking at his work, it'd be hard to argue that a build could be "cleaner". His builds look like they just drove off the showroom floor with no test drives allowed! How does he do it? 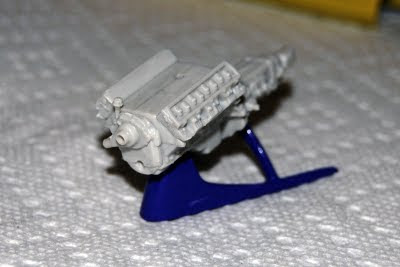 One thing Gerald emphasizes in his book: He builds everything up first, fits/tweaks/lines up everything, gets everything ready completely ready to go, and only THEN starts thinking about finishing and final assembly. In the past I've done a bit of this, but really, not nearly as much as I should. I end up painting parts and trying to fit them, the part doesn't quite line up, and the re-fitting and re-gluing processes mars the paint. The result--crooked, badly painted things. Doh!

It doesn't seem to take that much more time to build a plastic kit the "Gerald way", but for me, it requires rethinking the build process. For example: I am cleaning and fitting everything first, handling parts as infrequently as possible, even bagging stuff up when not using it, as opposed to just tossing it back into a box. Things that don't fit well, due to (say) a pin being misplaced or a part not lining up are dealt with while the project is still in "white plastic" using basic scratchbuilding techniques. 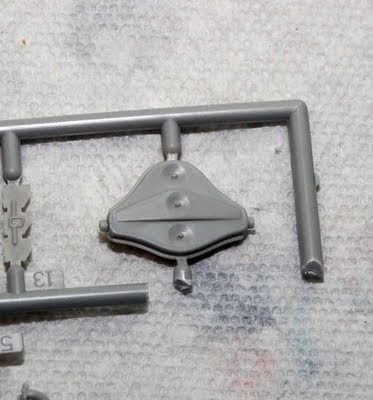 And: did I mention the AMT/ERTL '66 Olds 442 is a super-cool kit? Extremely crisp molding, fit so far seems to be good for everything; excellent detail. Some refitting is needed: for instance, the exhaust pipes didn't line up quite right with the holes in the chassis. But it's really not too bad. Take a look at this air cleaner for instance. On the tree, it's nearly perfect. Cutting it off and cleaning it up should be pretty easy. After having messed with vintage kits it makes me appreciate this "modern tooling" a lot more!
Posted by Charlie Lamm at 12:58 PM

(Impala Vs Chevelle)
you might look at the amt 66 buick wildcat for donor parts.