After taking months (!) to build the 66 Olds it's time to cool down. Let's try something easy! Anything with big rear tires and little fronts appeals to the ten year old in me, so why not AMT's Chevy Nova 66 Pro Street #AMT-636. A steal at $18. 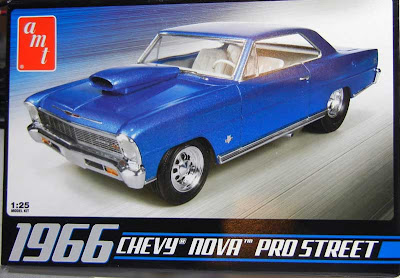 Open the kit up--it's molded in blue! Why do manufacturers do this? Do they really think in this day and age most modellers aren't going to paint every part? 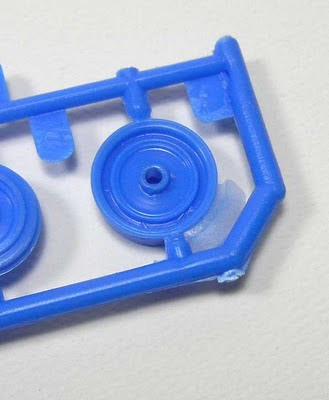 Along with the odd blue plastic is flash--everywhere. It's not too hard to get rid of, but takes time. 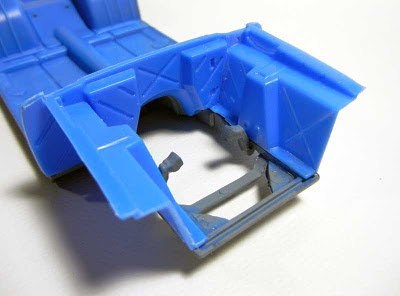 After faily lengthy cleanup the engine compartment was easily assembled. I will test fit everything I can, and check out the stance in "blue plastic" before doing any real painting. I learned this lesson the hard way--fit first, paint later!

As I was cleaning up the parts, I realized that sanding the soft blue plastic brings out odd white chunks that are strangely resilient to filing, as if the plastic is a bit too soft and too rubbery. Don't know what's up--I think primer-sealer is going to be necessary. 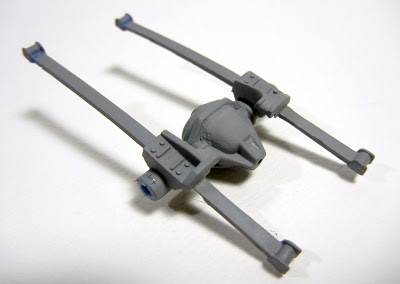 Hefty rear racing axle. The parts didn't fit together quite right, but it looks nice and will get the job done. 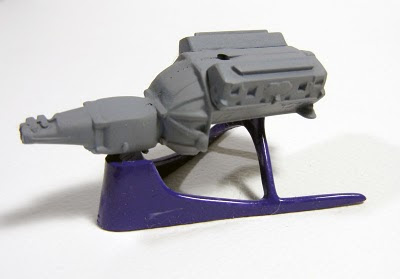 Small block Chevy? I would have liked something bigger, but this is a "non-project", remember? No swapping in any other engines for this one--I will stick to what came with the kit. 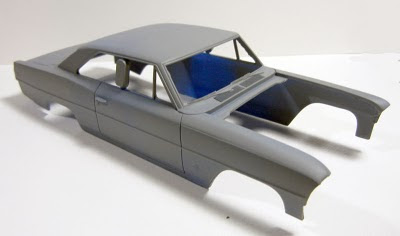 The body looks good and seems to be void of any major sinkmarks. There are a few mold lines to clean up--so a quick shot of primer-sealer will help identify them. 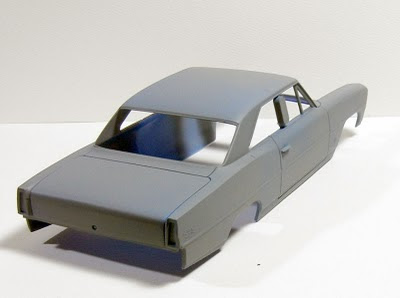 I have to leave for a few weeks, but when I get back this should hopefully be a quick build--quicker than the last one! We will see!