Still building a rare 1:25 scale Toyota 2000GT roadster.  News from the bench is not good.

Another month gone--and this time I have an excuse for not spending more time at the bench--namely this build was driving me crazy and I had to take about 3 weeks off!

As I said a few posts ago, I didn't want a seam running down the rear of the body, so I glued the bottom pan to the body before paint.  The 1:1 car doesn't have a seam here, and my build won't either!  Right??  Now, I have to seal the gap!  And it's proving tricky!  To the point where it's driving me crazy! 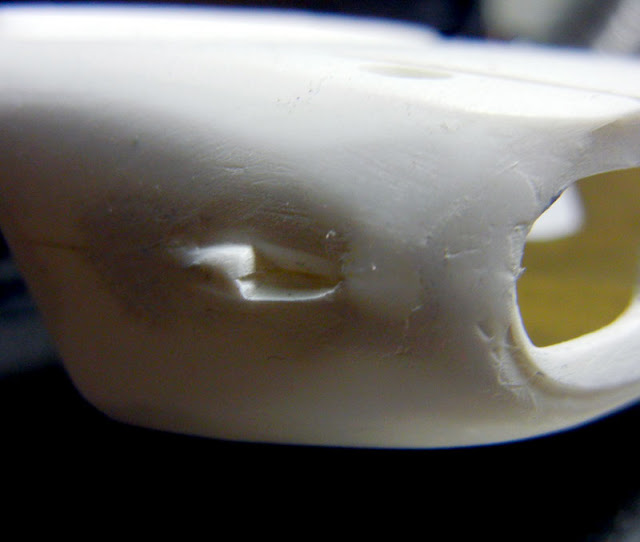 A year or two ago I might have left the seam looking like this--in other words, like the surface of the moon, but not any longer.  The macro photo reveals all evils! Now every build has to be better right? What you see here is after a fair amount of work puttying, CA gluing and sanding, and it still has a long long way to go. And sadly I don't have a picture of it but, I feel the body work used to look better than this--that the more sanding and scrubbing I do the worse it gets! 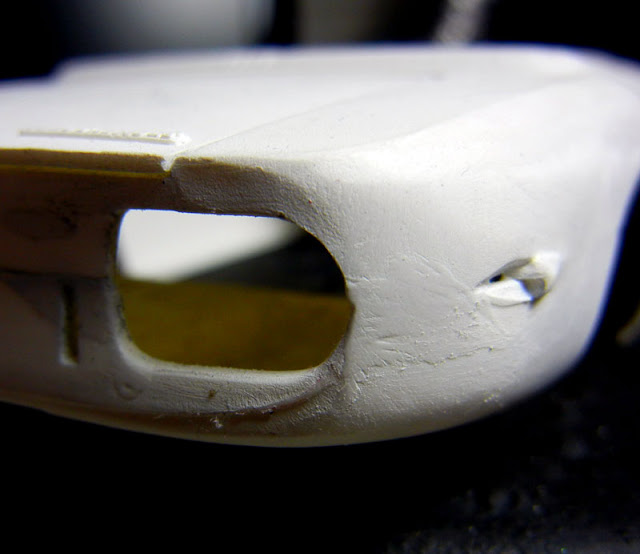 Now is that any way to do professional gap sealing work?  I don't think so!  The macro shot reveals all!!! 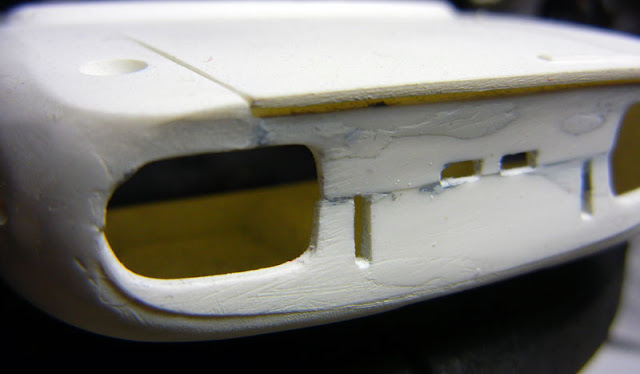 As they say about Ron Jeremy--The butt end is even worse!  And that's a macro shot you really DON'T want to see! Seriously--well somewhat--the snail trails you see are CA glue, Plastic weld, and Tamiya putty, which I guess I didn't get off there fast enough, now it seems the glues and putties and plastic are sanding off at different rates, and it's looking worse and worse instead of better and better. 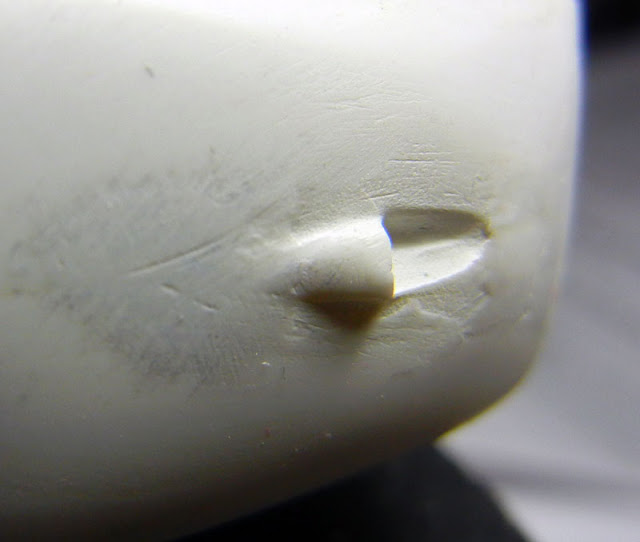 The only cure I see here is very careful sanding with a 800ish grit wet and dry sandpaper, being careful not to remove details if possible, followed by primer, followed by more sanding, finer and finer grits--dr gradus ad parnassum.  So the body is going to look like it got sandblasted with extreme prejudice--not much I can do about that at this point.  No one ever said this was easy, and it isn't.

The question is, will it drive me crazy?