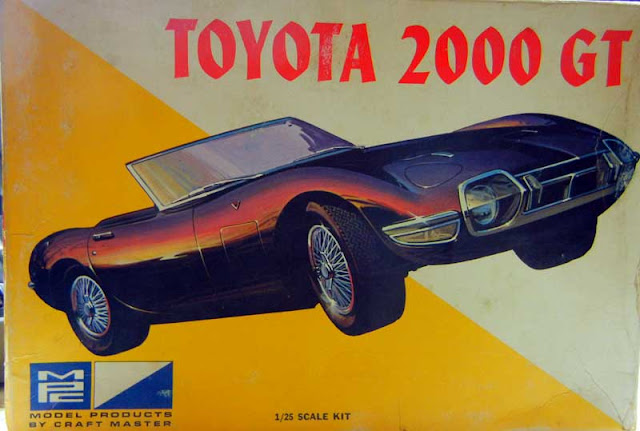 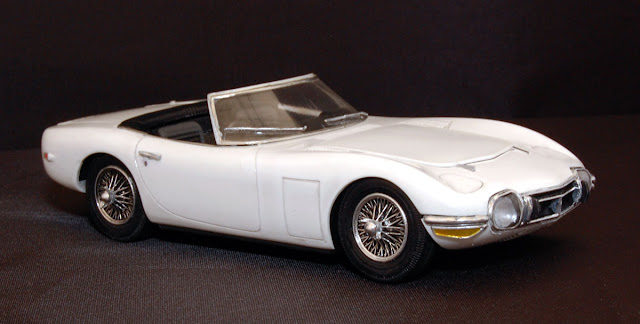 I have been back into this hobby for 3-4 years now, off and on, and I have to say this one took all my skills such as they are, and patience such as it is, to pull off the end of this build.  What an ornery kit!  The trim (pretty much off of it!) didn't fit, and I mean, anywhere, not even close, and that's after a lot of careful prep and test fitting; the instructions stunk, the single-atom layer of chrome fell off in the my fingers while handling the parts.... 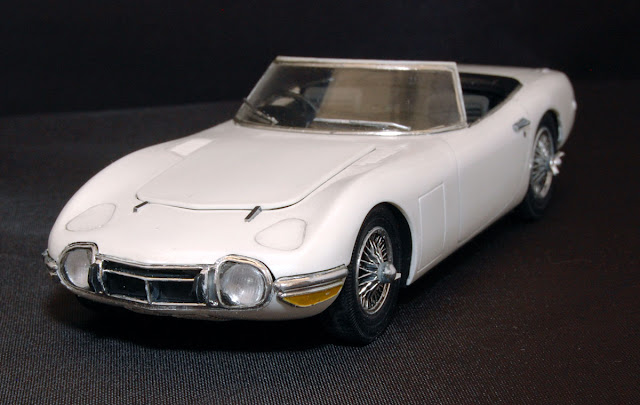 Much cursing and fear and loathing ensued, but, it's done at last.  I have mixed feelings about the result, from some perspectives it looks pretty good, from others, not so good, I especially struggled with the front grille, which absolutely would not sit correctly no matter what I did. I took the back end with its giant ugly body seam seriously, and it came out OK, but not the front--it needed as much or more TLC to pull this off. The front grill had 2 big pins in the back that mounted to nothing--to me this kit must be a re-do of a promo or diecast or something, because some of the parts didn't seem to belong. 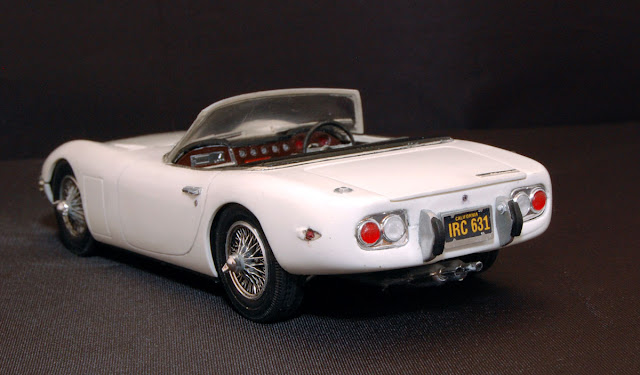 What I am coming around to: for box-stock builds like this, you have to have 2 kits, the first of which is "practice" where you check your parts fit and whatnot--probably build up without any paint; the second  is the "real" kit for paint and display.  Now, this 2000 GT kit goes for maybe $100-150 USD if you can find it at all, but if I look at all the time I spent trying to muscle some of the trim into place, a second kit would have been a bargain--is my time worth $1 an hour?  Something like that? 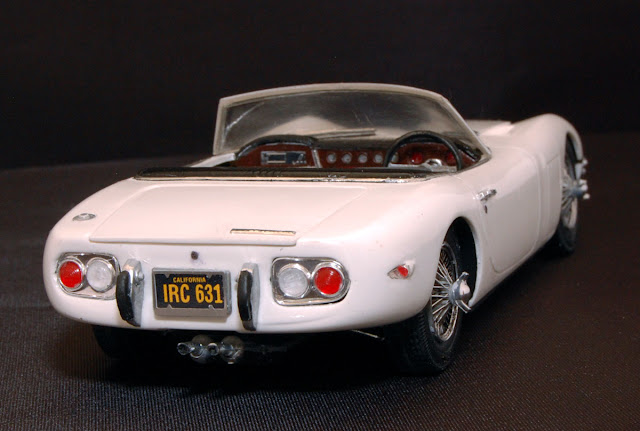 So what did I have to do to get this sucker off the ground?  The knock offs had to be shaved down like 6 scale inches (!!!)  Out of the box, they stuck so far off the sides of the car that it looked like something "Speed Racer" deployed after hitting "B" on his steering wheel.

The wipers basically didn't exist (at all) and had to be scratch built--MPC did include some useless protrusions on the oversized windshield that in some universe might be wiper blades, but not here on planet earth!  There were no front headlights included, unless you wanted to use "lights up" which I didn't; there's another trip to the parts box.

Overall I'm really glad it's done, and now it's on the something that hopefully is a bit more fun--because this one was a giant pain!
Posted by Charlie Lamm at 3:20 PM

Overall, I like the work you've done. As far as $1 an hour, look at it a different way. I've spent more money per hour and gotten so much less entertainment.

I know this one was a pain in the tush, but it looks good, and I think you ought to be happy you made it through to the end.

I have one MPC Toyota 2000 GT yet to be built. Well, you sort of scared and inspired me at the same time! :0)
Regards fom Brazil.

I've built 4 of these!!
NOT one IS AS CLEAN AND PURE as yours.
If I charged $1 / hour you couldn't afford one !! Took me forever and a day.
Enjoy your great result !!!