Let's face it--in the past few months it seems I have had better (?) things to do than sit at a workbench slaving away at some silly hobby. Like--seeing friends?  Like--earning a living? Hence not many posts.

So for that past several weeks--almost no progress at all on anything that would be salient to this blog.

I did have some extra time last weekend and managed to finish a box-stock build--well, almost-- something my brothers and I built about 100 times when we were kids--the Monogram "Chevy Badman". 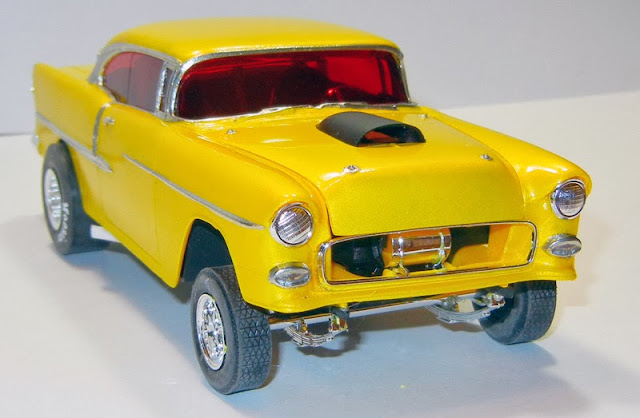 Reissued by Revell/Monogram, this was an easy to build kit--not a lot of parts--and fun! I wanted something simple looking and clean, so, no decals, no not-to-scale dump pipes (I stole other pipes from my parts bin) and some very quick trim installation.

I wouldn't say scale building is getting easier, but I do find myself doing the same sort of things over and over--all clear coat is now 2 part polyurethane; every build to date gets a round of bare metal foil, and so on....

I am not sure where I am at with this hobby. I have a lot on my social calendar and it's hard to imagine having a lot of time to build. I bought some super car kits; which is a change of pace (?) for me, let's see where those go. I was working on a early Chevy Vette Gasser before putting it aside, and to my surprise, Revell just came out with a 62 Vette Gasser that, box stock, will probably kick butt of anything I can come up with after hours of kit bashing and "engineering" my own Vette Gasser.  Oh well. 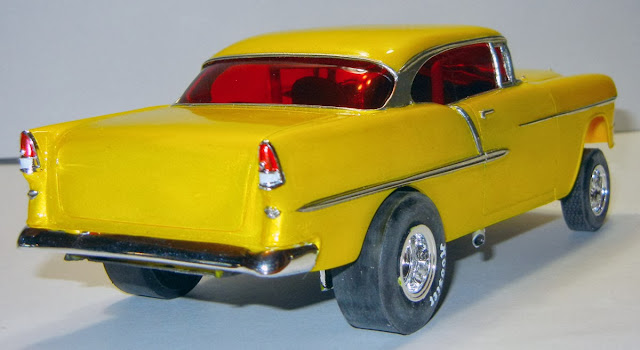 So here's the most notable thing of all: when friends ask what I am up to, I never say "I build model cars".  If I was into 1:1 cars maybe I would mention it, they might like to go for a ride?  But this?  It's a legal vice, but beyond this blog, it's one I keep quiet about.
Posted by Charlie Lamm at 4:06 PM