I am (still!) building my 1:25 Revell Audi R8 and have spent the last 3 weeks or so pondering a serious issue: how to glue in the glass without making a total mess? 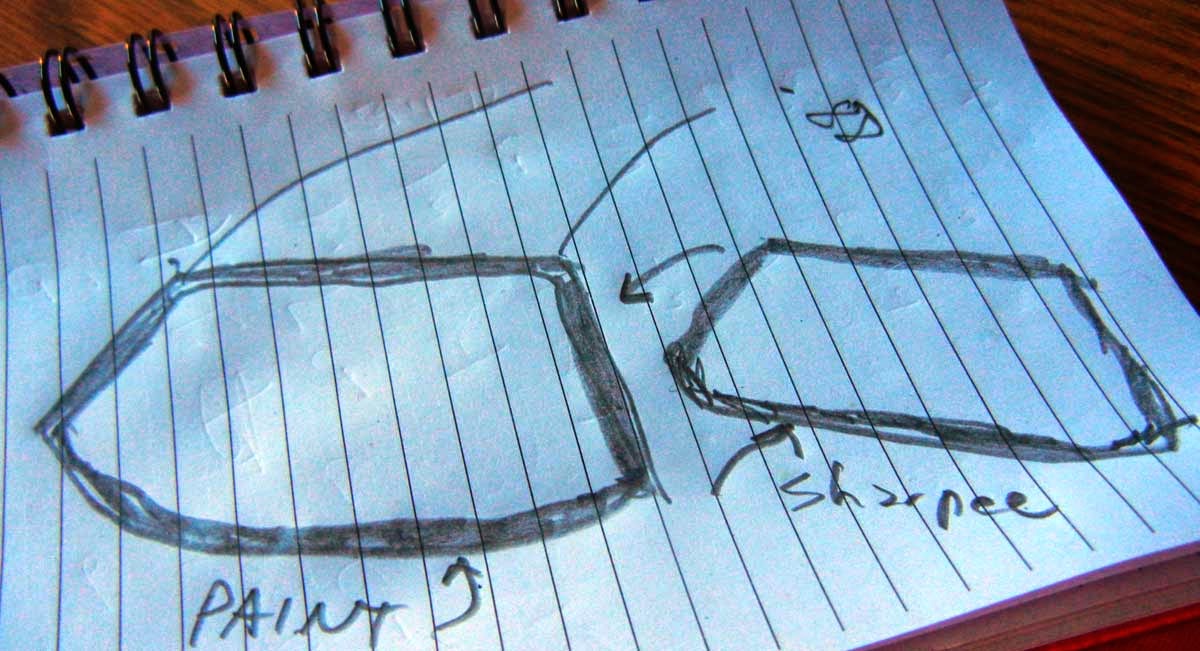 Last time I tried to mask off the glass and use paint all around, but it didn't look "scale" so I got the glass out of my "backup kit" and drew the outline with Sharpee.  That looks much more "scale", but, Whatever.  Glad I had a backup kit.

So here's the problem.  Take a look at the drawing here.  The bevel where the glass goes is covered with semi gloss black paint. The glass itself has Sharpee simulating the black lining that surrounds modern automobile glass.   So I need to join paint to paint. Was this great planning?  No.  But it's done.

I found out early on with this silly hobby: no glue, anywhere, can penetrate hobby paint.  Not Testors' stinky red; not Testors' liquid glue, not epoxy, not watch crystal glass.  And of course you can't use CA, that will ruin the plastic glass and turn it a smoky white (which makes me wonder what it does to my brain cells!!).

For this glass glue-up, there is no way for me to remove the paint anywhere without things looking bad, and there seemed to be no way to glue it down without making a huge glue bomb mess.  I tried using clear enamel paint, but it didn't form a tight enough bond and the glass would pop out.  I tried the same thing with acrylic clear, same results.  I needed something stronger!

I ended up using this glue, from Microscale Industries; Micro Kristal Klear.

I have used this glue before, but never so much, or for such a critical and fully visible part of the build.  It's a white glue but dries like plastic.  Neat stuff.  I still have no idea if it can help painted surfaces stick together, but so far so good.  My test cases worked, using junker parts from my parts box, so what the heck, it's another 3 weeks gone, and I have to move forward. 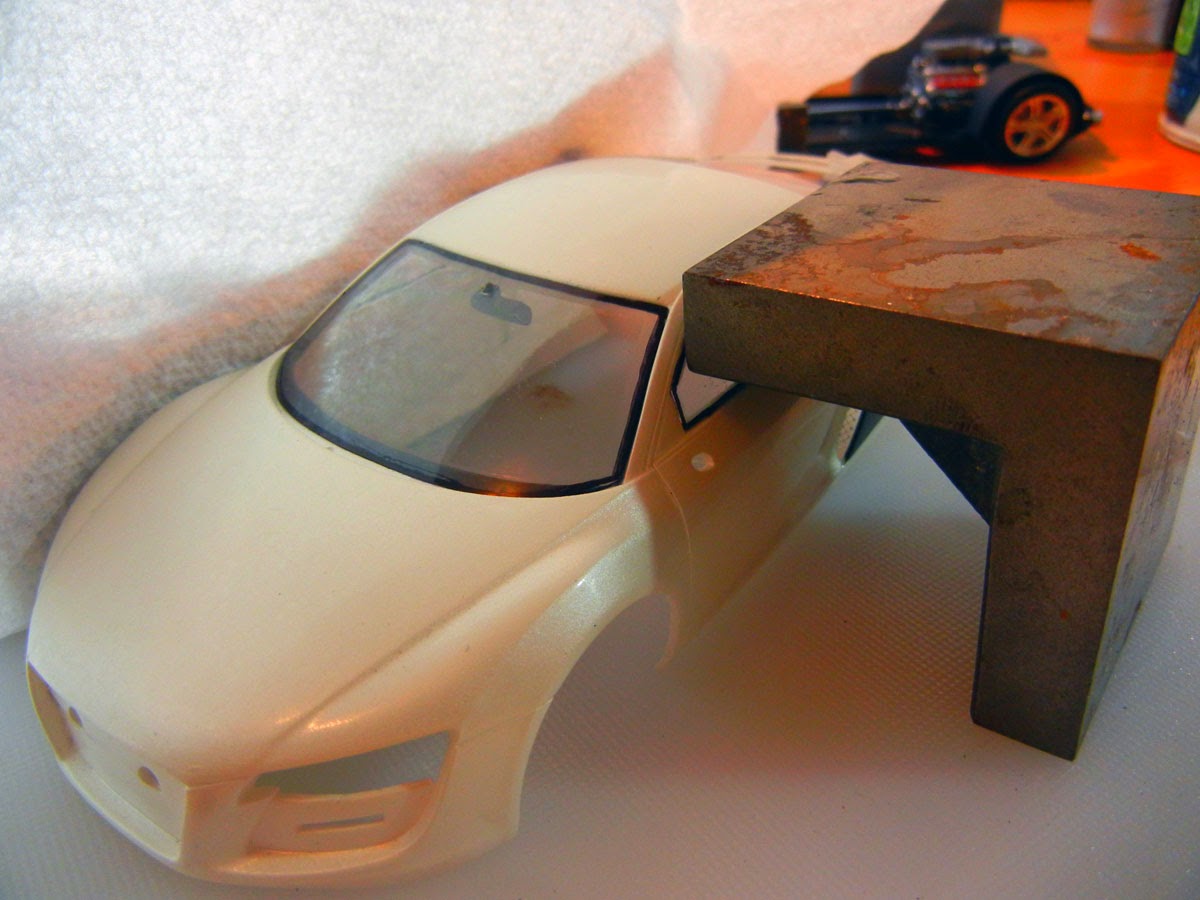 I carefully (!!) applied a bit of MKK then used tape and weights to try to seal the deal. After leaving one side on one piece of glass dry for about 24 hours, I MKK'd another, with a bit more glue on a sharpened craft stick, slowly working my way around each window.  That's 24 hours between each gluing, so it's taking a really long time.  But so far it's worked.  We will see if the glass stays in there, or pops out!  And BTW,  an accidental discovery: Tamiya Acrylic thinner thins MKK but the MKK will still stick after being thinned.  Good to know.  So my glass is in, it's not perfect, but it's not as bad as it could be.  Hazzah!

The next issue that I pondered is the rear view mirror.  There seems to be no way to do this without making a huge and fully visible glue blob since the mirror glues directly to the windshield.  Revell is kidding me about this right?  Are those guys NUTS?  But, MKK to the rescue.  I stripped the paint off the surface to be joined to the windshield, used some MKK on the windshield side, and let things get tack.  Then I put the mirror on and let it dry for about 24 hours.  The result is a well glued mirror that looks like it's been oddly scraped before being glued. 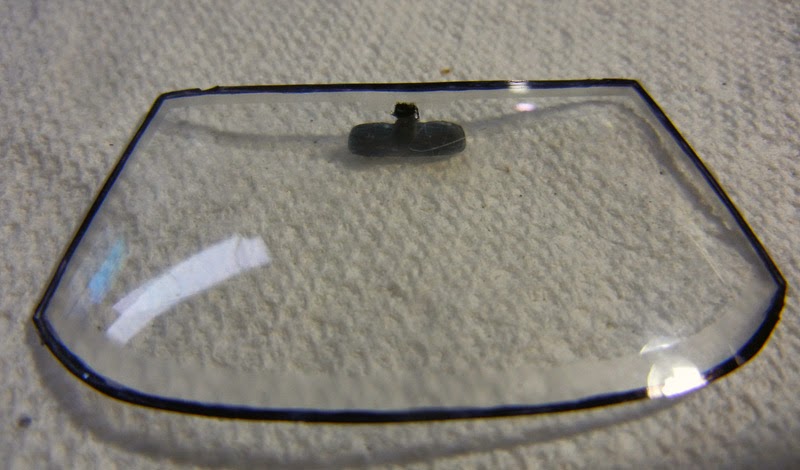 So I put a bit more paint over the white part on the outside of the windshield.  It didn't come out perfectly, but it's OK, and I might be able to clean it up with thinner still.

And here's the final challenge for this time.  The taillights needed to be foiled and painted.  As you can see, some of the paint flowed over the surrounds, which is me being sloppy.  But to save the day: 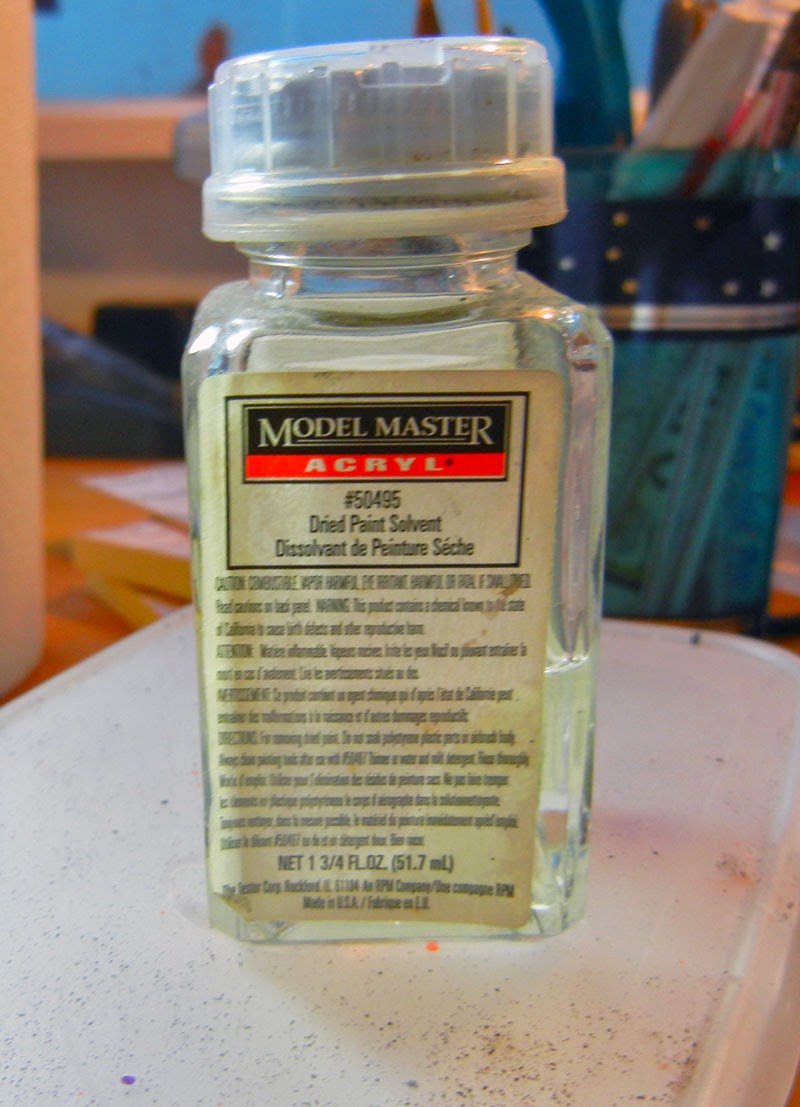 Testors MM Acryl Dry Paint solvent to the rescue.  I put some of this on a bunch of q-tips and erased the paint that had splotched over.  But a lesson learned the hard way: once a bit of red paint is on the q-tip I have to throw it away or I end up with paint all over the place.   So you need a whole bunch of qtips to make this work.

Here's the result (this is an extreme macro shot--the lens is maybe 1mm across, and unlike some of the hobby mags, I never, ever retouch my photos!)

Hmm.  Ready for the Smithsionian?  Nope.  But for me, that's good enough! Time to move on. Once everything is dry it might be time for final assembly.  Could it be true?
Posted by Charlie Lamm at 6:20 PM