I don't know what's happened to me, but I find myself dreaming of cars at night. Mind you this only started 2 years ago....what happened? What's wrong with me? I am beginning to feel like Richard Dreyfus in "Close Encounters of the Third Kind" where he makes a scale model "Alien Mountain" or whatever they call it in movie out of potatoes.


To get my latest custom car fix my brother took me to a local hot rod show called "Billetproof". I had never heard of Billetproof--apparently the folks who put the show on don't advertise a lot. But I was assured it's a great hot rod/rat-rod show; the idea being that no "billet wheels" (ie, super expensive customizing bling a la Chip Foose or Boyd Coddington) are allowed, and all cars have to arrive under their own power. 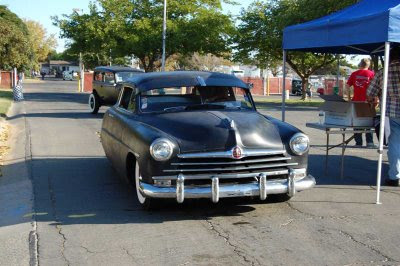 Just standing at the entrance waiting for friends to show up was a treat! Billetproof is a really BIG show--with hundreds of hot rods on display--there were tons and tons of great cars--everywhere you looked was something unusual and interesting.... 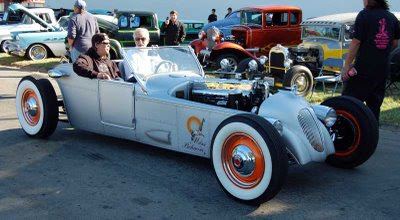 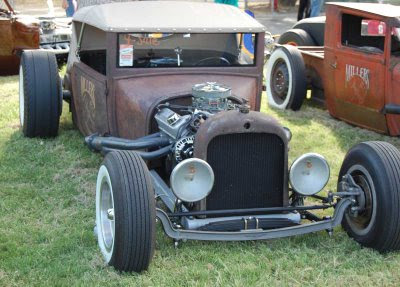 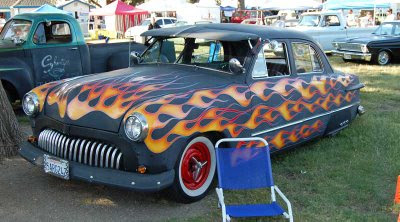 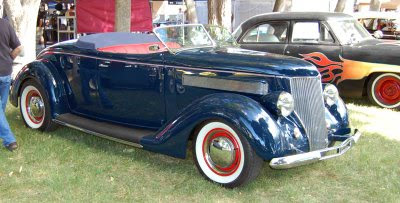 The show does indeed focus on rat rods--you know, sometimes beat up, sometimes not, old looking, highboys, low riders, drivers, big motors, 4 bangers, steelies, a lot of primer, and some flames over primer (which means it will need to stay primer, right?). I have always had mixed feelings about the "permanent primer" thing, since one of the best things about customs, I think, is the cool paint and all the creativity that goes along with it. But underneath all that there was a lot more going on. 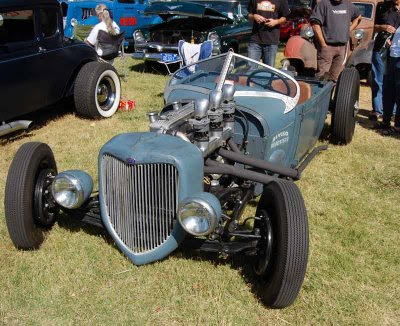 A bevy of car journalists were standing around this pickup. They told me this pickup had it "all there"--all period correct--the right motor, the right suspension, everything on this custom worked and was perfect. They thought it was one of the finest customs they had ever seen. 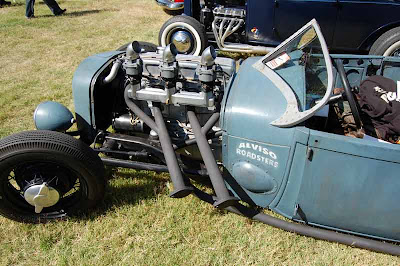 But this wasn't the only really-cool-car-that-impressed-the-car-nuts at Billetproof. There were serious attempts by many of the show's participants to "get everything right"--not just make it look cool, but also make it historically accurate and capture the spirit of "old school" hot rodding. 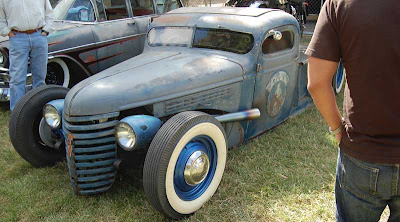 There are great fabricators everywhere at Billetproof. We had a nice talk with the kid who built this rat rod pickup; the car has all the hydralics hidden in clever places--an incredible feat, considering how seamless it all looks. He must have spent hundreds of hours on this build. 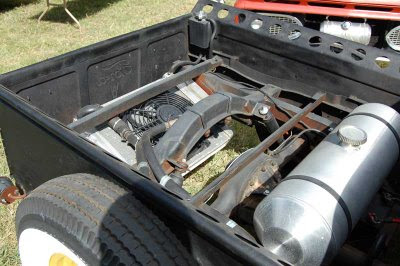 A lot of rat rod pickups had the radiator in the pickup bed, or what's left of it. Before the show I didn't know this, but now I do. This radiator trick will probably make its way into my own builds. At Billetproof inspiration is everywhere..... 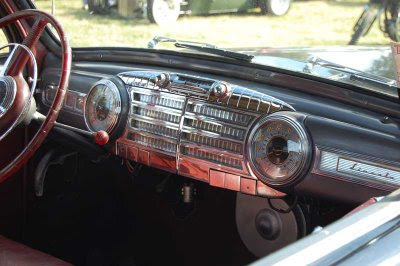 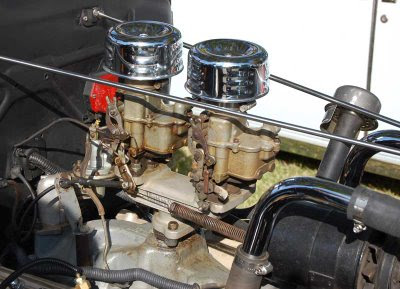 And of course I was interested in getting some detail photos to help with my own builds, and got lots, such as the pictures above. If I have any complaints about Billetproof, it's that the mottled shade everywhere made it hard to get good pictures on a bright day. But that's not much of a complaint! 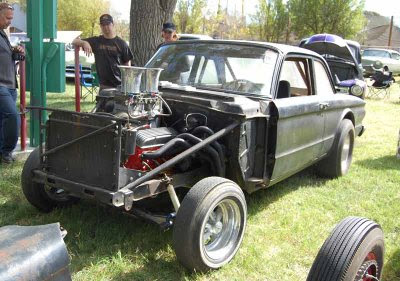 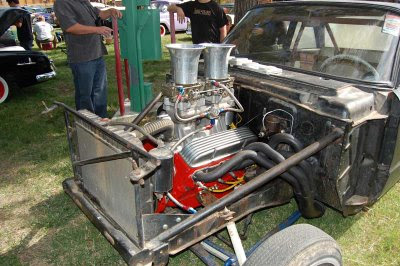 I went to Billetproof looking for ideas for my next build...but there was almost too much to see, and I often felt like a kid in a candy store. By the end of the day I began thinking my next project will probably be some kind of C/G or D/G 60's era gasser that's street legal. There were a few of them at the show and they were pretty darned cool. 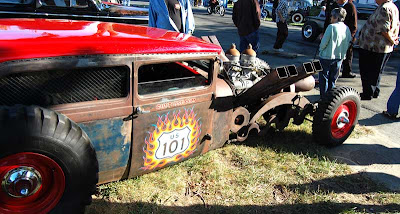 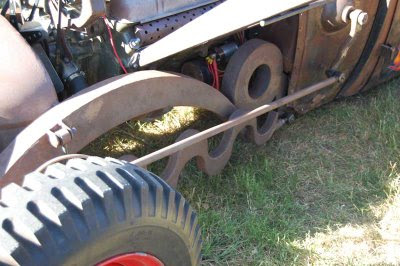 The final takeaway I got from Billetproof is that the "art car" you'd see at something like Burning Man and the rat rod craze are starting find some common ground. Check out the crazy frame and tie rod treatment on the rod above--wild stuff. The builder was sitting behind the car with his girlfriend, mellow as ever, answering questions about his incredible one-of-a-kind custom. The girlfriend dug it. Case closed!
Posted by Charlie Lamm at 10:41 AM