Finished at last! The year long build of a Revell Audi R8. Most of it was time was time lettings thing dry and figuring out how to glue the glass or keeping the wheels from falling off! 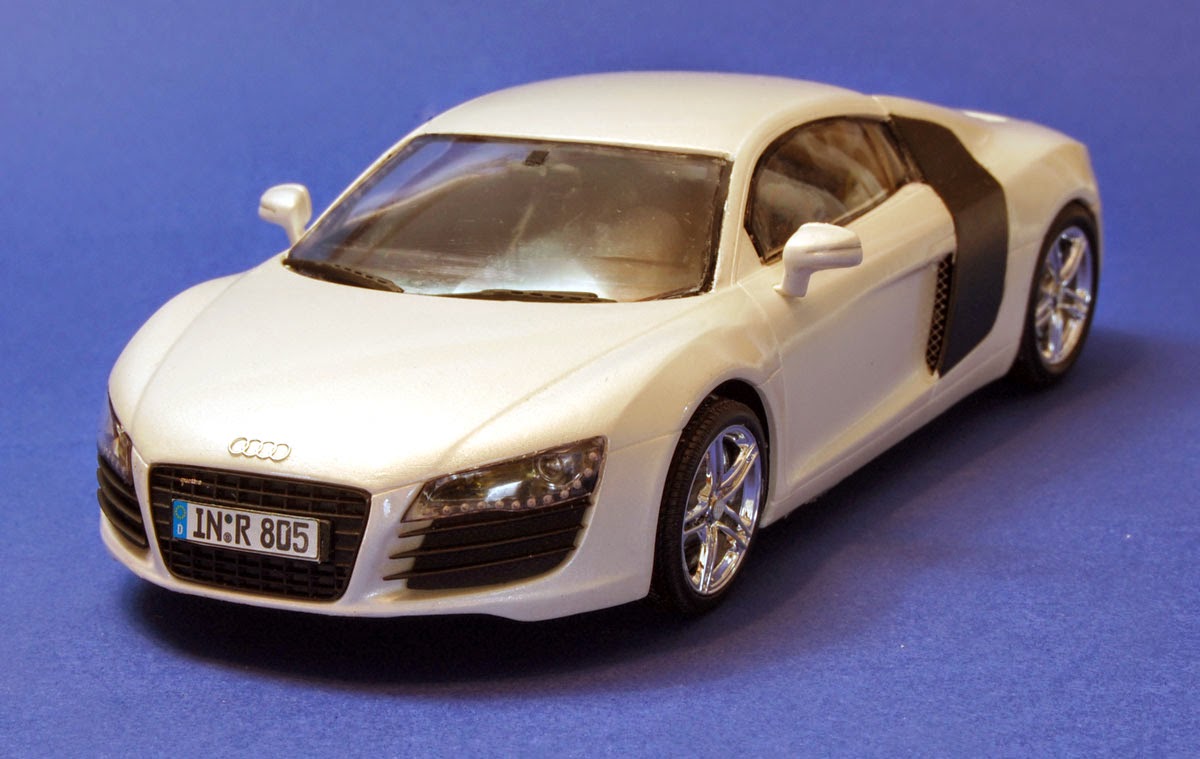 To me this build featured (??) a "new" adhesive, fairly new to me anyway, called Micro Krystal Klear.  I had used it a bit of MKK on previous builds, but this time, I use it with much beaucoup.  All the photoetch was attached with it, as were the license plates and most of the glass. In the end the windshield proved to be too tough and I ended up using Testors "Stinky Red" styrene glue along with clamps, weights, and plenty of cursing.  The driver's side A pillar still doesn't look right, but the windshield glass never really fit, it was maybe 1/32" too narrow. Not sure what else I could have done, short of trying to fabricate my own windshield. 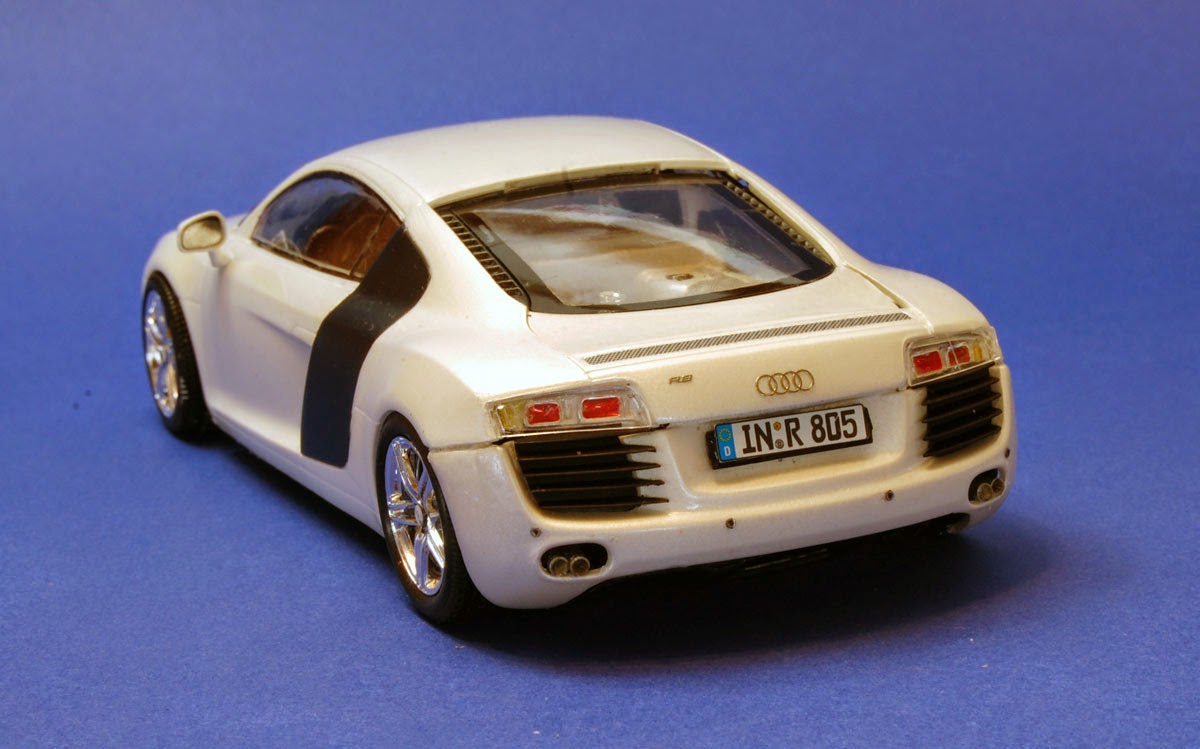 Overall this was a difficult build, at least for me, at my skill level. I also figure this will be the last model I build where the wheels steer, or turn, or whatever.  The wheels don't sit at 90 degrees to the grounds and that drives me crazy!. After a few years of doing this, I have found"steerable wheels" (all 4 wheels on this steer!) never do. Next time, I take extreme measures, like re-engineering the axles with brass rods. Otherwise it's worth it to just glue 'em down. I am thinking about removing the R8 wheels and reattaching with epoxy--but I was hoping I was done?

Overall: I guess after a year working perhaps it should look better.... I like the way the pearl finish came out, it glows a bit in low light (hard to see here), but it could have paid more attention to the way the rear facia attaches to the body.

Not a bad looking build from certain angles. 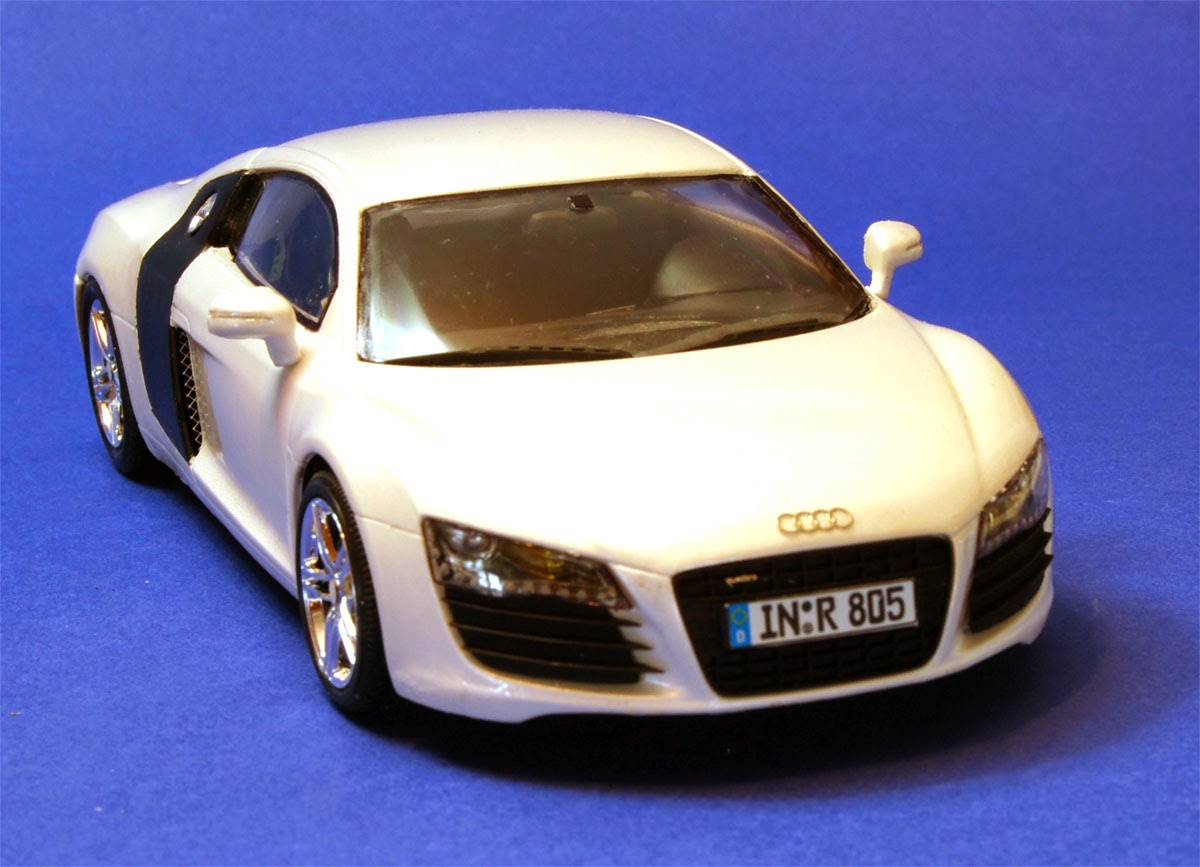 So am I going to build more models of supercars?  Well since I would never, for financial as well as personal reasons, buy or even drive one, probably not.  But maybe I will. 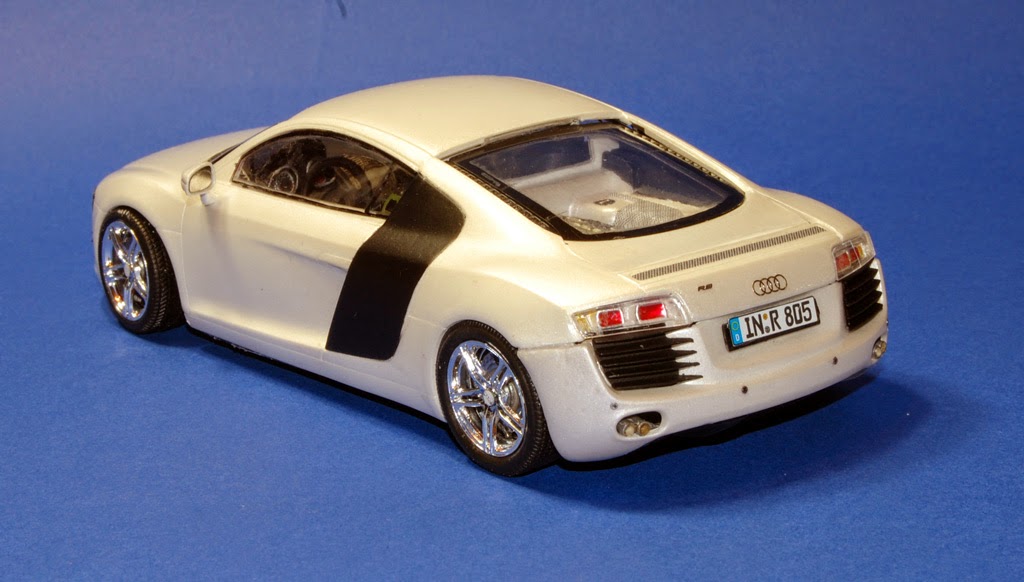 As a tribute to the dude who built the box art kit, I was going to leave the rear pipes completely off--the box stock ones didn't line up, but I ended up scratch building some out of styrene tube. So I guess what you see is only 99% box stock!

I've enjoyed reading your adventures. Good to see I am not alone. FYI mine are here: http://twenty-fourth-scale.blogspot.ca/