Because I am too lazy to put in the hard work on the 69 Chevelle convertible, I've been biding my time on a quick and easy build.  Sort of.  Turns out, it's not been quick, and it's not been easy. In fact, it's become a real pain! 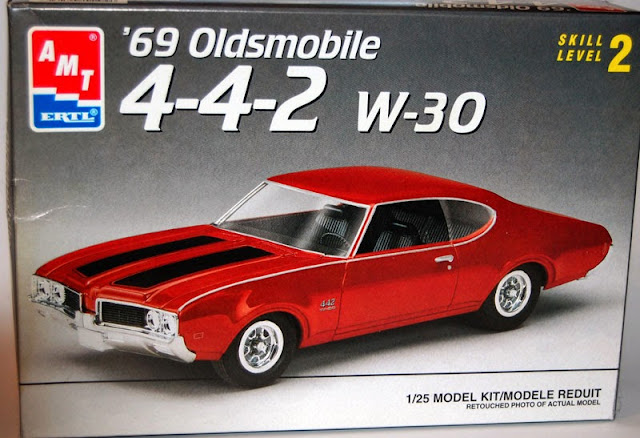 So here it is: the AMT/Ertl 69 Olds 4-4-2, built as a curbside.  I am stealing suspension and engine compartment parts for the Chevelle, but I have the body and trim left over.  Let's build that up fast! I applied a super quick paint job, and also a super quick interior mask.  So I just need to glue it all together.  Well, that's what I thought anyway!

The problems began when I tried to glue in the windshield.  I didn't test fit it, this is "modern" tooling I figure, and the AMT guys got it right, right?  Not!! The windshield is about 3-4 scale inches short in the vertical, so I couldn't get it to sit right. 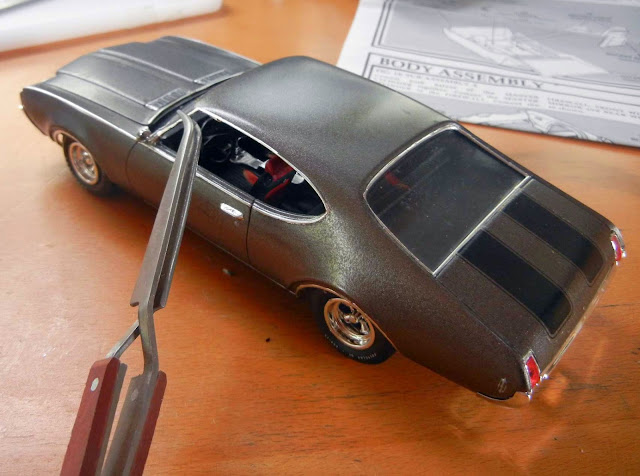 That's not the end of world; I crafted a new windshield using clear plastic and glued it in using 5 minute clear epoxy.  But here's where things started to go very, very wrong. 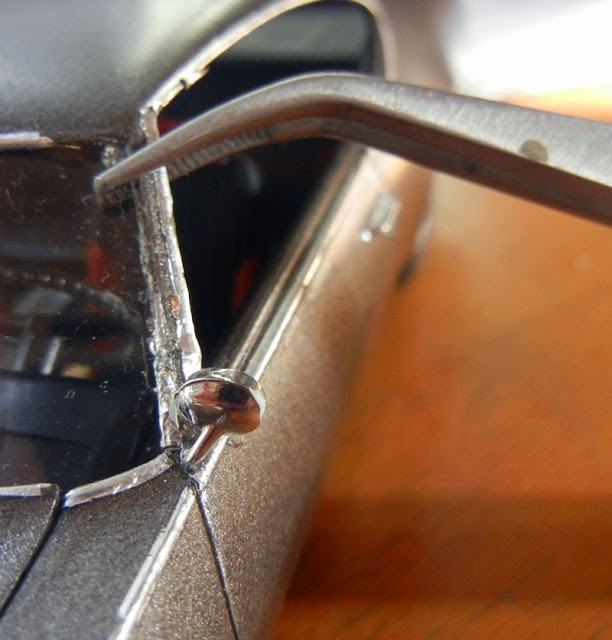 In the process of wrestling out the old glass and putting in the new I broke the A pillar on the drivers side, which wiped out the bare metal foil, leaving what you see here: it looks like an evil mouse took a rodent-sized baseball bat to the A-pillar and beat the hell out of it.  I have no idea what to do here; since this is a speed build (or was) I don't want to rip everything out and start over.  I hate to say it but I might have to let this one go.  Good to face down the obsessive compulsive disorder every now and then right? 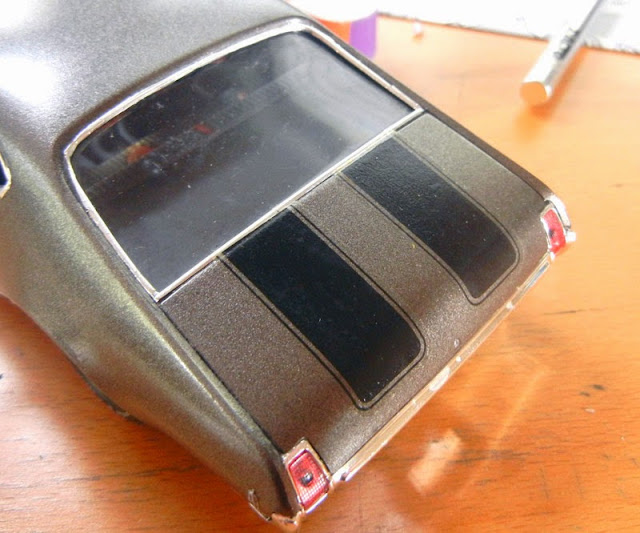 While I was recovering from the disaster of the broken A-pillar I thought I'd have some fun with the decal stripes, and for the rear, it went on pretty fine. 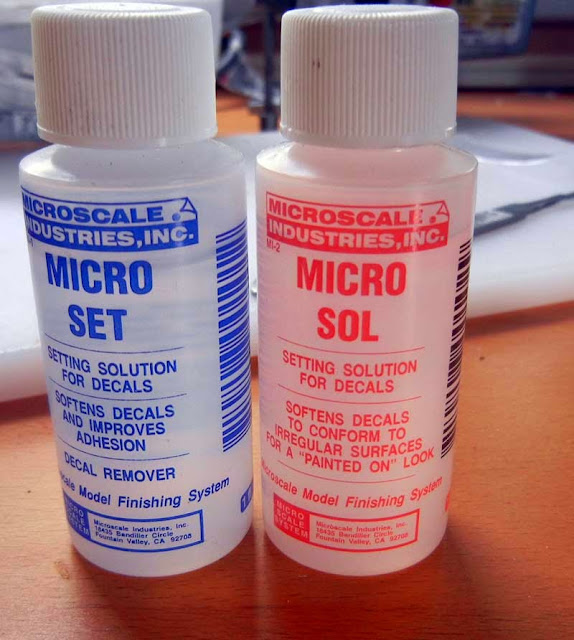 The rear decals got some Microscale Micro Set.  As you know if you've followed this blog: This stuff make any decal look a lot more realistic since it sort of "melts" the decal into the paint.

But for the front I used some Micro Sol as well, which is really for wrestling decals into tough spots, like around rounded corners.  I didn't need to use this but I did, and it ruined the front decals, turning them into a wrinkled, soggy mess, so I removed them.  No picture taken.  I was too upset with myself.

So what should have taken a few minutes has now turned into several evenings of fear and loathing. In the meantime the Chevelle project is languishing.  I am really not sure what to do next.  This Olds model will probably get finished soon but then end up in the garbage.  Lesson learned: I need to test fit, even with a speed build.  Don't foil until I'm sure everything is going to fit. Also, don't use Micro Sol unless you have to!
Posted by Charlie Lamm at 6:55 PM

Tom and Greg: you are both spot on--I fully agree with your comments.

If nothing else, model building has taught me that patience and zen yields way better output, it works on so many levels way better than rushing. Maybe even more so than most other things I have attempted to do!

But, being a really busy working guy I don't always have a lot of time for model building, and certainly, not as much as I'd really like!

So,there has to be a skill set involved with getting stuff done, fast. I don't know, maybe it's just me but I think it's a curious challenge; there is a "speed chess" element of building that I think needs some examination.