69 Chevy Chevelle: The Thrill of the Grille

From two blogs ago: Still (!!) trying to sort out what parts I am going to use for an AMT 69 Chevelle Convertible project. 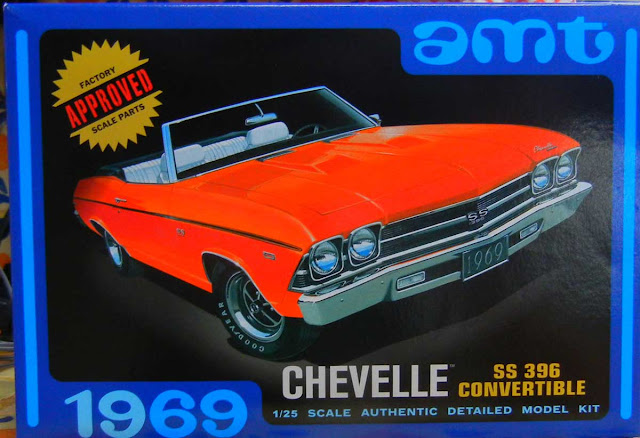 The original tooling, from the mid-70's, left a lot to be desired, so I am trying to round up parts from other kits (commonly called "Kitbashing" in the hobby, but you already know that?) to save a lot of scratch building work.

I was discussing this build with one of my brother's car buddies.  These guys are mostly fanatics and also scratch their head wondering why I build models when 1:1 cars get the chicks (although some of these guys are pretty hard up!)  Anyway: these guys know every bolt ever put on any car, the size, the thread pattern, who made the bolt, where it was cast for the European version of the bolt, yes, really, and have the time to argue about it.

Anyway: One of them heard I was having trouble with the grille of this build (I am, what AMT tooled is really crappy) and suggested trying a 66 El Camino grille instead which "looks about the same". 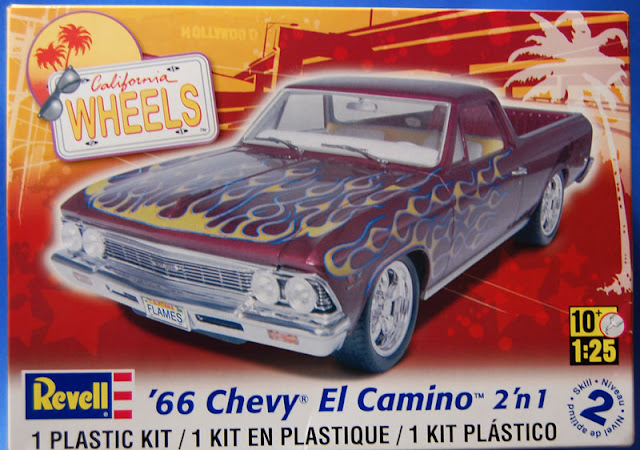 So I bought a Revell 66 El Camino at the LHS ("local hobby shop", another model building term you already know?) and to the guy's credit, there is some overlap.  The 66 has the right "grille ears" that are sadly lacking on the AMT tooling, however the headlight bezel shape isn't right.  But I can see what he's talking about. 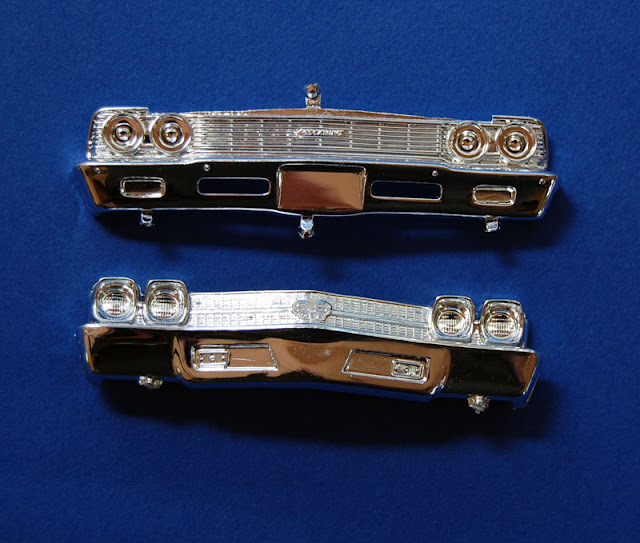 The top grille is the 66, so you can see the from the differences vs. the 69 AMT grille.  Also note how much better the casting is on the 66 (which is a newer tooling!)  And no "chrome headlights"!! 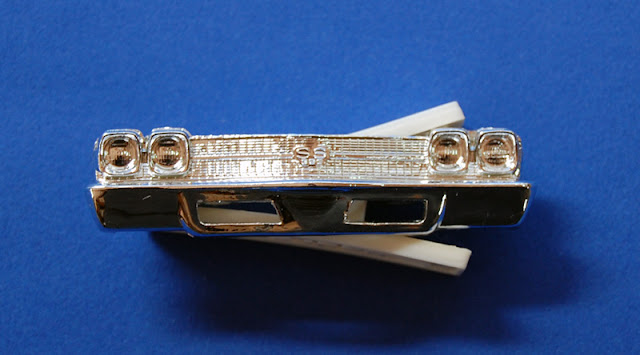 Not being done dropping money on this project, I got another 69 grille from "The Modelhaus".  They sell castings of old promo kit parts and do nice work; the parts are beautiful.  I read online that the Modelhaus parts are somewhat better than the AMT provided parts, and indeed, this grille does have cutouts for the turn signal section, and the chrome quality is much better, which may be helpful. 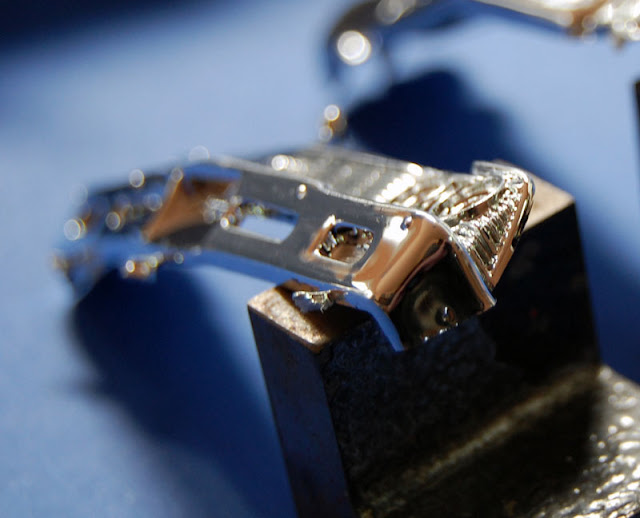 What's missing from both 69 grilles (AMT and Modelhaus) are the characteristic "grille ears" you see here--this from the 66 El Camino.  It will really bug me if my build doesn't have this flair from the 1:1 69.  I guess I could strip and chop up this grille, strip and chop up the AMT, fuse them, and try to re-chrome-plate the whole thing, but is it worth it???

That's what I've been asking myself lately: for this whole 69 project: is it worth it?  It's not the money I am dumping into this project, although I've already dumped a bit; it's the time.  How much work do I really want to put into this and why? And when I am done, and proud of myself (if I ever finish) what happens when Revell announces their own retooled 69 Chevelle that kicks my build's butt?

Not sure.  Such is the demented life of a model car builder.  I think i am going to sit on this project--it may go on hold for a bit, like the Corvette Gasser or the bubbletop Chevy.  Strangely i don't have a huge problem with this.
Posted by Charlie Lamm at 11:06 AM