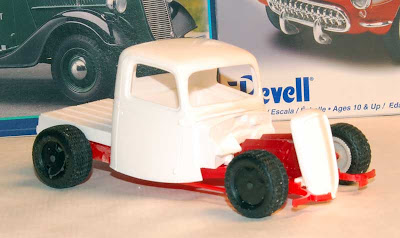 After thinking about the 29 Ford project I decided that I probably need to spend more time on each project instead of rushing through. So we are back to the same question: what is it that one tries to get out of a hobby? I think in my case, it's just to keep my hands moving so I don't go crazy. But I also want to make sure at the end of the day that I've made whatever I'm doing as good as I can....it's just my upbringing I guess. 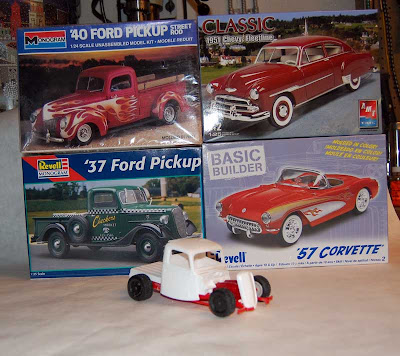 For me, buying the kits is the easiest part. It's a cheap hobby compared to some others! For this build up I'm using four kits, mostly, and I think I paid around $60 for the four--I traded some parts for the Vette kit--that's about what my wife paid for a pair of sailing gloves the other day!!! And Ebay/Internet etc. makes it even easier--heck, I don't even have to get in my car anymore to buy anything.

OK about the kits. The 37 pickup is Revell Monogram 85-7627. It's a stock kit, not a 2 in 1 or whatever, so don't expect to find Cragers or chome headers in the kit! The 40 Ford is Monogram 2720. It's 1:24 scale, and I usually stay away from 1:24 because it seems a bit big, but I liked the box art, so there you go. BTW the flathead in the 40 pickup kit is pretty crummy--it has molded on headers for instance and doesn't look very accurate to me. The Vette I got in trade for some Enamel paints. It's Revell 85-0852. Nice kit, but I am not sure how "basic" it is--I wouldn't want to try to tackle this kit as one of my first modelling attempts. Finally the 51 Fleetwood is AMT-Ertl 38274. It's been reissued a bunch of times I believe; I bought this for a chopped 51 Chevy that's been on hold for about a year now. 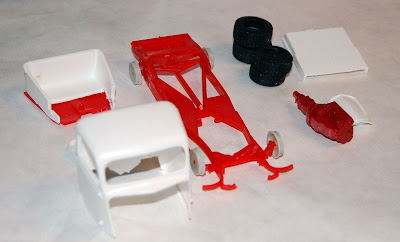 All you see was done in a few hours. I may not be getting better at building kit bash rods, but I am getting faster! I am planning on using the stock Vette engine--it's not quite in scale but I figure I can get away with it. The body, radiator shell, and pickup bed are all from the 37 kit. The cab should probably be chopped but I am not sure; I keep going back and forth on whether it will look better chopped or not--I usually don't like chopped pickups. The bed was cut up to be shorter--I liked it better that way. The frame and suspensions are from the 40 Ford, and the brake drums are from the 51 Chevy. I don't know where the tires came from--they look AMTish to me--but they were sitting on my bench for about a month and I was too lazy to put them in my big tupperware box-full-o-tires so I used them here. I was going to use the Vette skinnies--which are cool looking wheels/tires, but skinnies end up looking wimpy on this build. 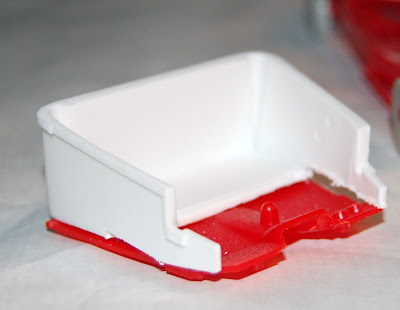 Since the body is heavily channeled I had to chop up the interior. The upper half is from the 37 Ford, while the floorboard is cut out of the '40 pickup and glued to the top. The seat of the 37 becomes part of the floorboard now--a bit slimey but it works--it needs a lot of finishing off, but at this stage I am only mocking up the basics. 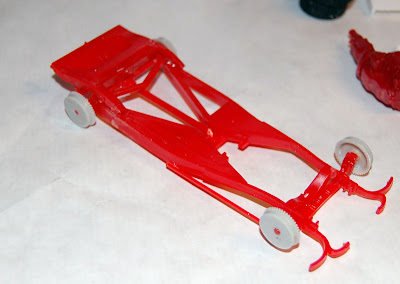 The frame was Z'd by cutting the back off, putting some V shaped sprue in, and gluing it back up. I didn't superglue this as I knew was going to have to some moving around of parts while it was setting. I used Tenax 7-R instead, which I am liking more and more as I use it more and more--it's a bit more forgiving than CA glue but dries about as tough. Even though this was a really fast Z job, it came out pretty well. 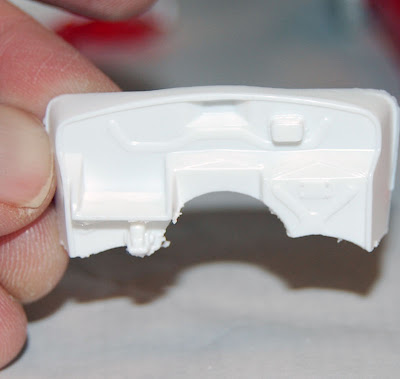 The firewall was measured and chopped with a saw and then finished up (well, it still has a way to go, really) with a Dremel tool with a 200 grit sanding bit. So this time I am going to try to finesse each part of the build a bit more and have more fun with the paint. There is no reason to rush things that I can think of.
Posted by Charlie Lamm at 7:09 PM