The story so far: to revisit the "scrap box builds" of yesteryear I'm building up a 69 Charger out of left over parts from the 69 Charger 500 Vintage Build and whatever else I have in my parts bin.

As long as I am throwing parts box parts together I figured it might be a good time to experiment with new metal finishes....so from Hobbylinc I got a few rattle cans of Testor's Metalizer. 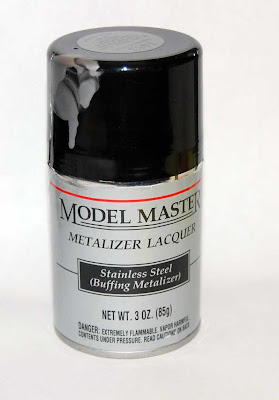 As you've seen in other posts I usually use Alclad2 for metalizing, but Testors stuff is popular as well so I figure it's worth a try....it comes in a rattle can which means not having to clean the airbrush every time!

The metalizer line didn't make a lot of sense to me at first--there's buffing, non-buffing, buffing sealers, non buffing sealers....hello? But it's easy. For the buffing varieties, you lay on the paint (no need for gloss black undercoat!) then once dry you "buff" it with a cotton swab to bring out the metal look. Non buffing is even easier: just spray, dry, and go. The sealer keeps the metal paint from coming off once applied. 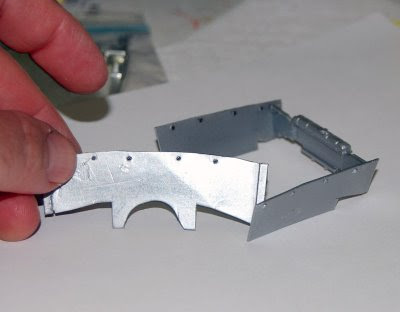 The 69 Charger scratch built firewall and engine compartment were my first attempt at using the Testors Metalizers. So is it better than Alclad? I don't know. It's a quicker application process, and the buffing step indeed brings out a decent metal look. And, I didn't try the non buffing variety. However the sealer to me seemed to dull things a bit and without some kind of sealer Metalizer seems fragile--I scraped off some with a q-tip while trying to buff gently....and overall it doesn't seem quite as convincing as Alclad. I need to experiment more but at this point I see myself sticking with Alclad2. 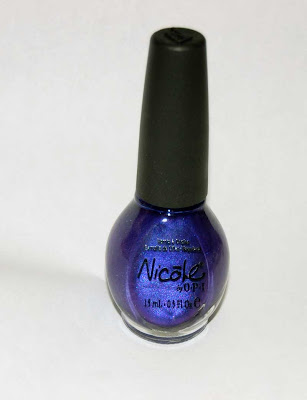 The fun doesn't end. I was in Target with my wife and, bored out of my mind while she compared the features (?) of every single suntan lotion ever made, found a huge selection of nail polish on the next aisle. I have read that Nail polish, like some of the other goodies you find in the cosmetics department, has an established place in our odd hobby. Target had a lot of choices: wacky nail colors everywhere, in all shapes and sizes of bottles. I ended up getting a crazy electric grape and bright metalflake green from "Nicole by OPI". Very cool. But they weren't that cheap--$7.50 for each, and that's at Target (the good stuff costs!! says the wife). But you get a lot of paint in a small bottle--to airbrush it I'd need to thin it at least 2:1 thinner to paint, so it's going to go a long way. 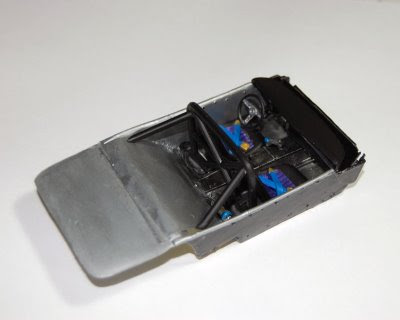 I had this vision of the nail polish lacquer melting any plastic it was applied to, so I ended up laying down some Bare Metal Foil over the seats, applied a generous coat of crazy grape Nicole nail polish, and then trimming the foil. It was another one of those things that took about 2 minutes and ended up looking pretty good! 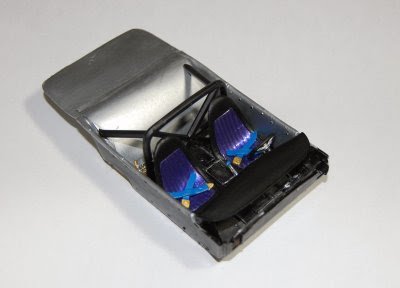 The rest of the interior treatment was standard stuff. I used my favorite flat black for some of it--Tamiya TS-6 Matt Black. Floquil Conrail Blue was used for some of the trim, and a host of Tamiya acrylics elsewhere. The seat belts are not very realistic, coming out of some unknown AMT kit, but it's just the thing I would have used for a 1970 parts box build up 39 years ago so it seemed appropriate here.
Posted by Charlie Lamm at 2:02 PM