Last time around I was trying to give myself a crash course in casting. For the 71 Roadrunner build, I needed to make copies of rare/expensive parts before I modify them. Casting seemed to be the best way to do it.

Although satisfying when everything goes right, casting can be time consuming and frustrating. You have to make the mold box, create the mold, let the mold cure, pour the resin, let that cure, demold the resin, and see how you did. And unlike most aspects of this strange hobby, the materials for casting can be surprisingly expensive--I paid $36 for a pretty tiny bit of RTV silicone and now it's almost all gone.

So I'm on the lookout for a casting system that saves time and money. I may have found it: I discovered a Japanese product called Oyumaru that can be used to make molds inexpensively and quickly. Sounds like something to try! 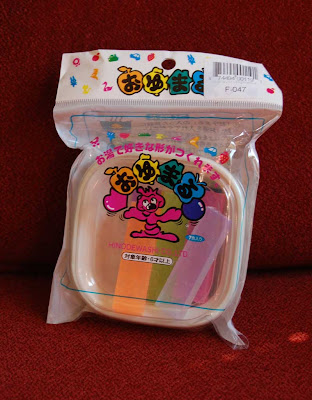 Just looking at the packaging: things are happy in the land of Oyumaru! I have no idea what the graphics on the package say, but right from the get go Oyumaru looks fun, fun, fun!!! The price was definitely right: $6US for 6 sticks of Oyumaru, each of which can be reused almost indefinitely. So here's how you use it.... 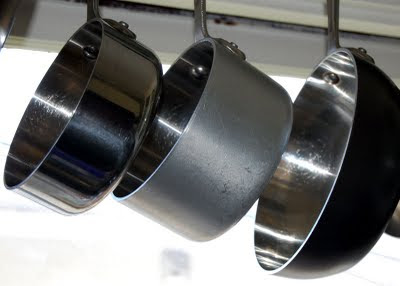 First, grab a pot to boil up some Oyumaru. No, no, not those pots, those are the zillion dollar uber alloy space age ones the wife uses for cooking--never, ever, EVER use them for anything else! Don't even look at them! 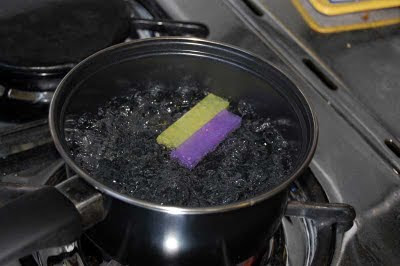 Much better! This is a $3 pot I bought at the local general store. Boil up some water, dump some Oyumaru in there, and let it boil for about 3 minutes.... 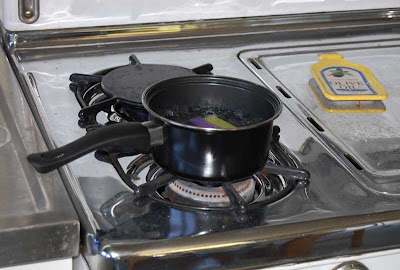 There's some kind of release agent or paint or something on this cheapo pot that stinks! But the Oyumaru itself doesn't have any scent. You can't eat it, but at least it doesn't gas you out of the house. 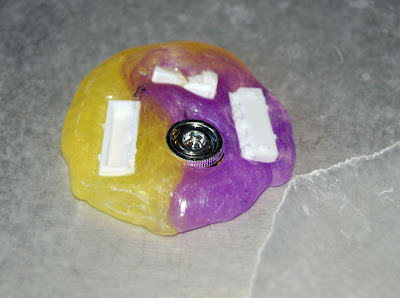 Take out the Oyumaru with tongs (I bought a $2 ladel at the same general store--still alive!) and wipe it off with paper towel. Then squish it out into chunks onto some wax paper. While it's still soft--you have about 3-5 minutes--squish your masters down into the Oyumaru. For my first effort I jammed some random parts I had lying around--a couple of V8 heads, a cool Cobra air cleaner, and a master cylinder--into the Oyumaru, and let it cool (once the masters are set, you have to let Oyumaru cool before you do anything else with it....) Then I slapped a second piece of Oyumaru on top creating a cheap and dirty squish mold. No release agent is used--so the first piece has to be really cool or the two mold pieces will stick together, trapping the master inside. 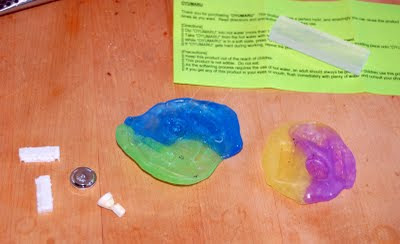 After everything's cool, I pulled the mold halves apart, removed the masters, and was ready for a resin pour..... 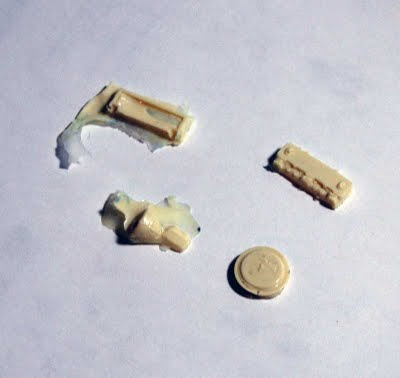 After pouring 1:1 resin and letting the cast parts sit for about 1/2 hour, I demolded. Bad news: The results were barely usable. Perhaps it was a mistake to try to jam 4 pieces into such a small chunk of Oyumaru....I should have been more generous with amount of mold I used for each piece. And I probably should have waited longer before demolding.

Back to the drawing board....I have heard (not tried it yet) that you can't use that perfect Oyumaru mold you created last Sunday over and over; with each subsequent pour the cast becomes a bit more flabby and inaccurate. But the upside--that I have seen already: if your Oyumaru mold is NG, or you're done with it, throw it in boiling water and start again....yes, you can indeed use Oyumaru over and over. 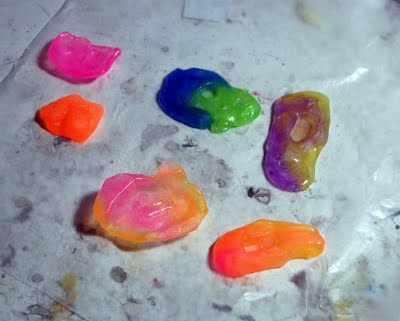 For the second attempt with Oyumaru I created 4 molds, composed of 6 Oyumaru chunks: two one piece molds for two Cobra air cleaners; a two piece squish mold for a small block Chevy oil pan, and a two piece "true" mold for the master cylinder/vacuum boost out of the Revell 1:24 69 Superbee I'm working on right now. 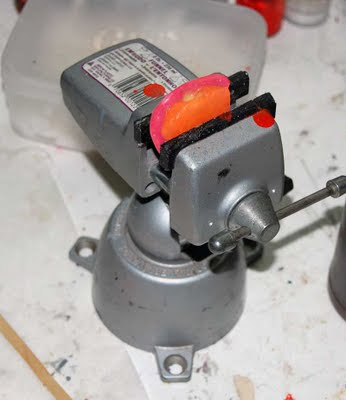 The only thing I did differently than the first run, other than using more Oyumaru for each cast, was to put the true 2 part mold into a vice and pour the resin into the top (as you would with an RTV type mold). Some things can't be squish molded no matter what! I found that with Oyumaru you can't crank the vice down too tight or it will deform the mold....which will ruin the casting.... 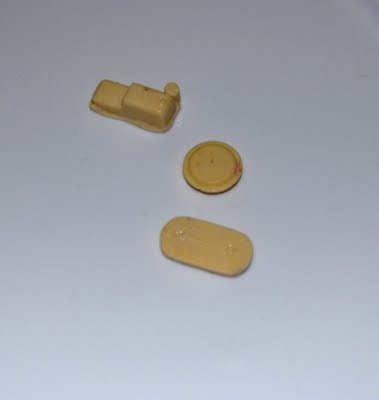 Here are the finished pieces. Not perfect, but, not too bad. The only thing I had real trouble with--I am still not getting the hang of this in general--is the "true" 2 piece mold. The master Cylinder/vacuum boost looked like it had a huge (1/8") air bubble trapped so it was unusable. During clean up I cut off the motor mounts from the oil pan, but that's not Oyumaru's fault, it's mine, and that's OK.

This is just for practice, right? In general Oyumaru works for cheap and quick casting. Next time I need to make a one-off copy of a simple piece quickly this will be the way I go.
Posted by Charlie Lamm at 12:54 PM