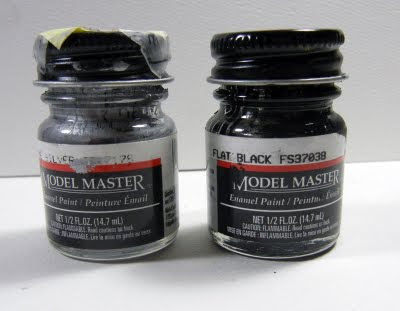 As a kid, building stuff in the basement, enamel paints ruled the roost; since then we have more many paint choices, such as acrylic or hobby lacquer. About 2 years ago I gave away (literally) my whole collection of enamels, mostly because I was frustrated with how long enamels take to gas out (sometimes as long as week!) But now I am back to using a few of them again--for fine detail work, for me, enamels still work the best--they flow and cover better. 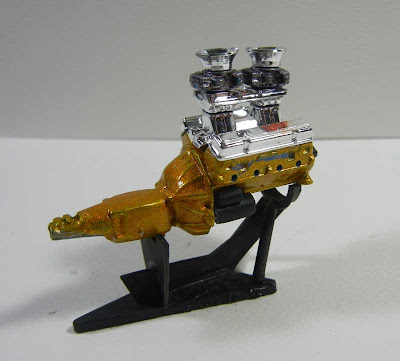 The engine included in the 66 Nova kit is quite tall, and I am not sure it will fit under the hood, having never test fit this! Let's hope it does! 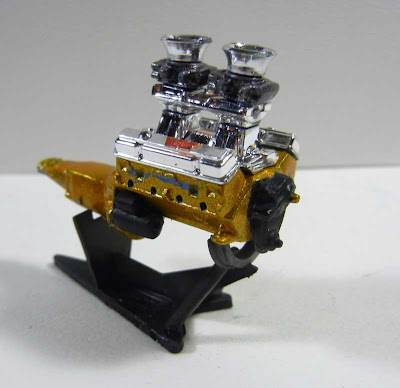 The guts of the engine are ready for detail work now--I have already scraped away paint to glue on headers and drilled holes for plug wiring.....I am leaving off the oil pan for now. In the past I scratched it while handling the engine--no point in gluing it until the engine is ready drop into the chassis. 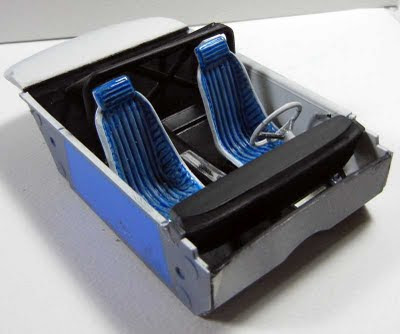 In interior is box-stock except for the seats, which I stole out of an old gasser kit. The 66 Nova kit didn't have a roll bar so grabbed an old vette rollbar from the parts box and fabricated the rest. 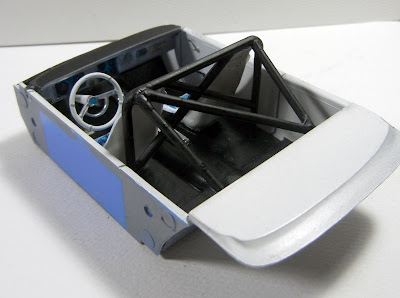 I tried weathing the seat backs and floor of the interior--I have never tried to weather anything before. It came out OK--but not great. Surprisingly, getting a realistic "clean" look might be easier than getting a lifelike "worn" look! 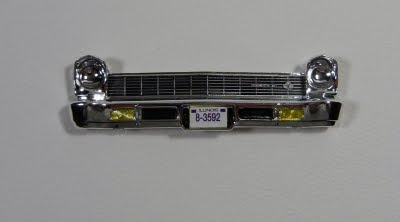 For the license plate I used a backing fabricated from a thin sheet of brass, which looks better than plastic--the latter looked too thick, and thus less realistic. 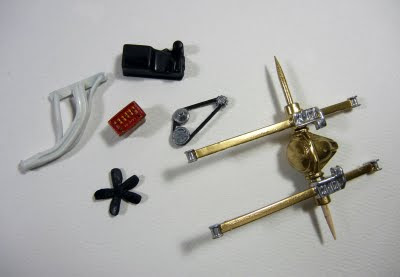 So I'm just building up the parts--I keep putting off working on the body. I plan to try, for the first time, using two-part clear on this build. The prospect of working with something so toxic is a bit off-putting, but at this point I have bought the materials and am probably going to do it.....maybe next weekend?
Posted by Charlie Lamm at 12:46 PM