Continuing from last time: I am working on a 1:25 scale 1960 Corvette Gasser; this was an old project, started 4 years ago or so, then abandoned due to poor planning.....can I do better this time? 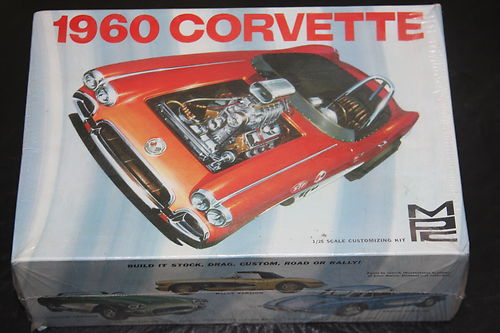 While waiting for some of the chassis mods to dry, I prepared the body for paint....the body for this build came from an early MPC '60 Vette....after the 2008 attempt I salvaged the body and put the remaining parts into the parts box.  But! Four years later I couldn't find some of the trim so I purchased the kit again... 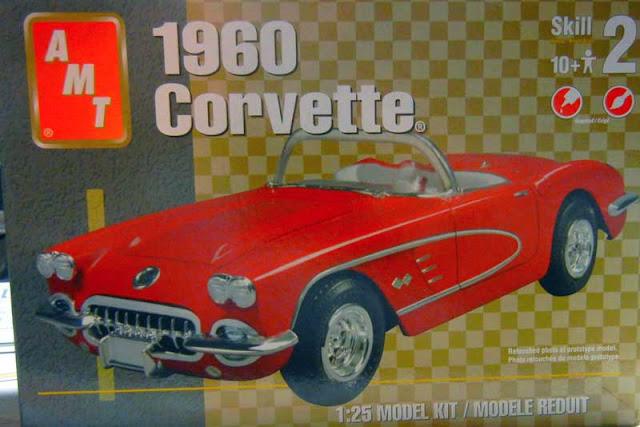 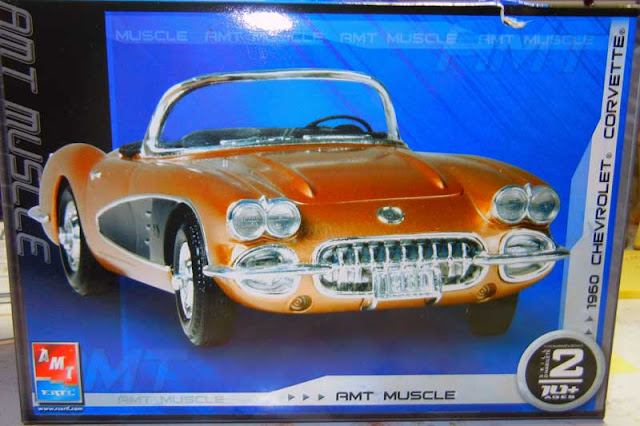 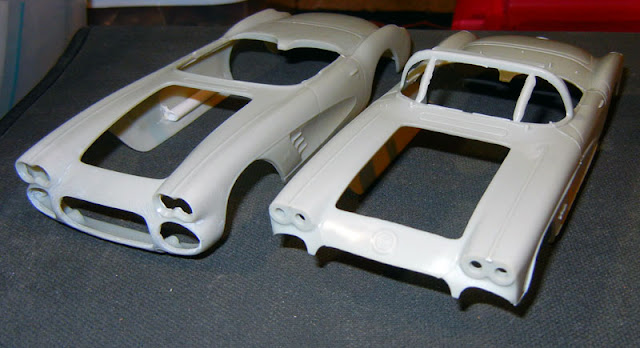 To give you an idea of how different the tooling is, take a look at the bodies side-by-side!  The "red Vette"AMT body is on the right, and IMO is square and poorly proportioned.  The MPC body on the left is long, round and sexy.  Man I love what MPC did back in the day; their sculptors knew how to make things "boss", as my bros and I used to say!!!

So it was all the usual prep work; getting rid of mold lines (there were lots), gluing in the front and rear valances and then removing gaps (total pain as it was on the 2000GT build!) and the usual sand, sand, file, sand, file, rat spam and sand....

This time I tried out a different putty formula to fill the ugly gaps and do basic repairs: "Mr Surfacer" from "Mr. Hobby", imported from the land where the most obsessive craftsmen in the world live: Japan!  This is "liquidy", viscous, runny, downright smelly putty, as if you took a bunch of traditional styrene filler putty and mixed it with a gallon of liquid styrene glue, then bottled it up and sold it, which might be all that Mr. Hobby is doing here.... 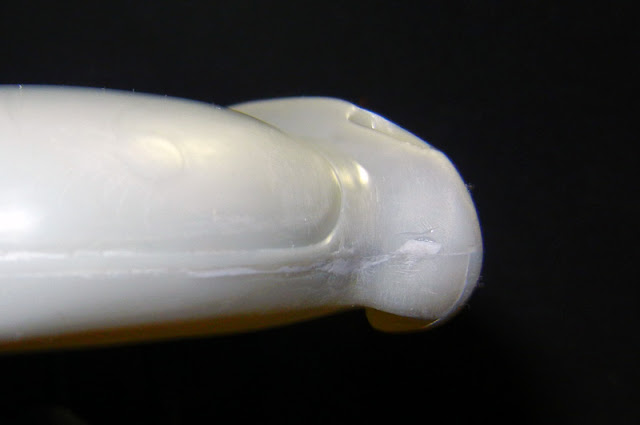 So how does Mr. Surfacer stack up? Well, he does OK, maybe, but I am not sure I will abandon CA glue for Mr. Hobby/Mr. Surfacer as my gap filler of choice just yet. Mr. Surfacer putty doesn't shrink and is easy to apply, but it pits and cracks a bit. Yes, this rear end still needs a bit of work but that's par for the course!  I will shoot it with primer and take it from there....

Wait a minute! Time to run along and wrap gifts!  So no more time for models today. Have a good holiday folks!
Posted by Charlie Lamm at 2:42 PM

There should be a lemon law for model builders. A modeler ought to at least get his money back when he runs up against an impossibly bad kit.