As a Christmas gift to myself I bought Don Yost's "Airbrushing Model Cars" DVD....Yost apparently is an old pro who has won top prize at every model car building contest ever held since the beginning of time. This guy has a pretty different take on airbrushing than the direction I have been going.  For one, he uses (exclusively?) enamel paints from Testors, mixed with laquer thinner, and sprayed through an external mix airbrush.  He makes it look easy.... 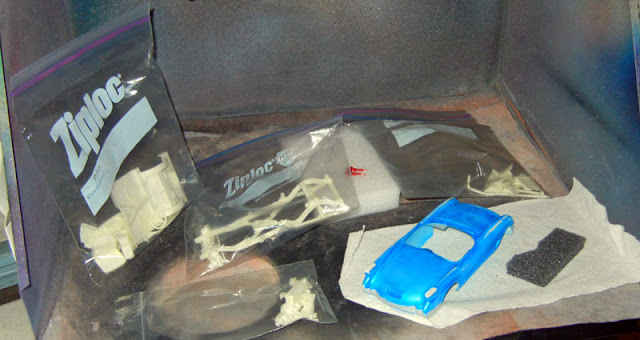 I didn't want to try this different take on airbrushing on my 60 Vette Gasser project since I had invested too much time in customizing and "engineering"--I saw myself melting the plastic with laquer thinner.  Instead I grabbed up a really old AMT 53 Vette kit I bought at a swap meet for $5, prepped the parts, and started spraying! 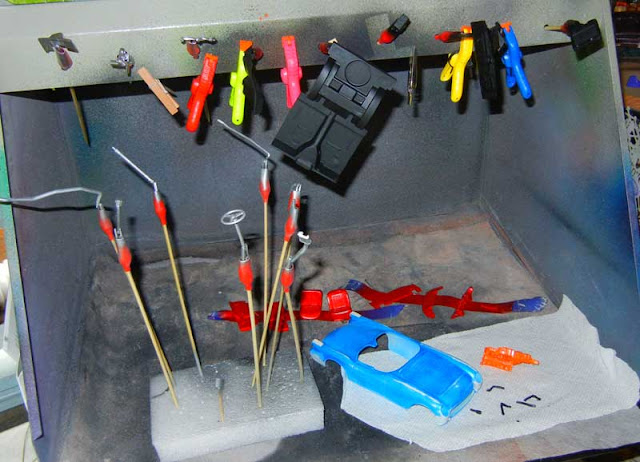 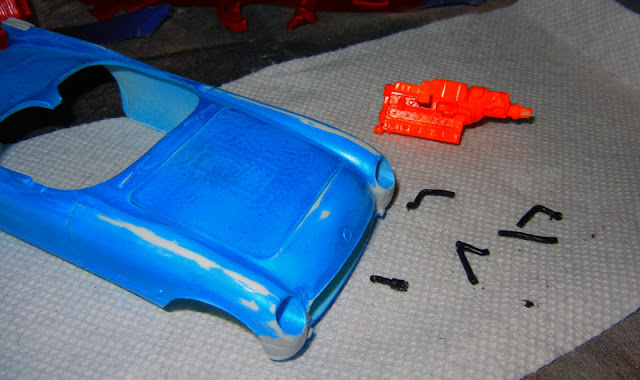 I had this vision of using his method to knock out the entire project in one rainy December day--builds usually take me weeks....and I might have been able to, but the body proved to be a lot of work..... 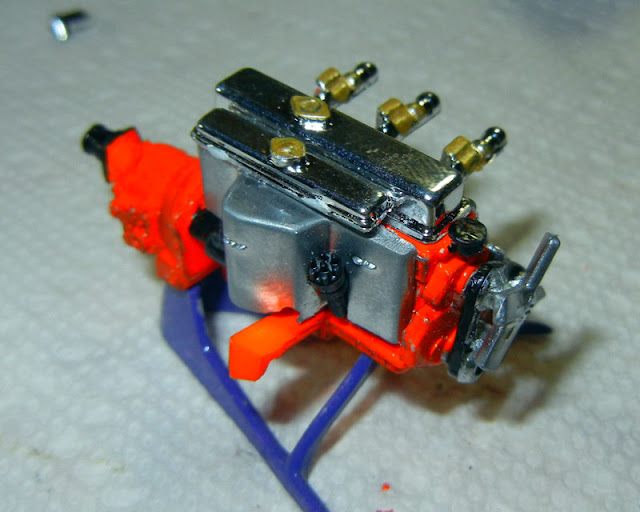 The engine is box stock and done.... 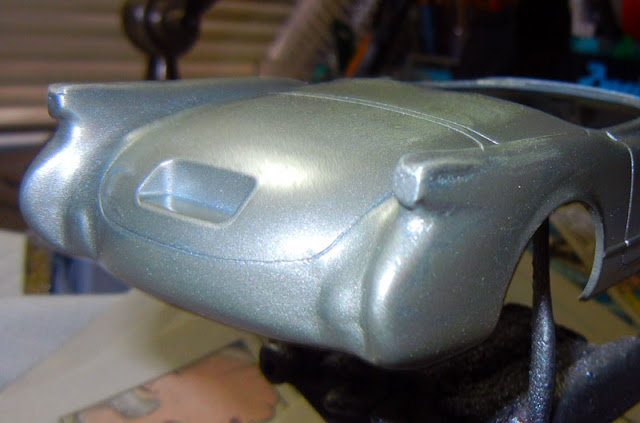 But the body had the same front and rear valance issues as the Toyota 2000GT, and had to be corrected the same way....putty, sand, putty, prime, sand, etc., but I wanted it done fast, fast, fast! 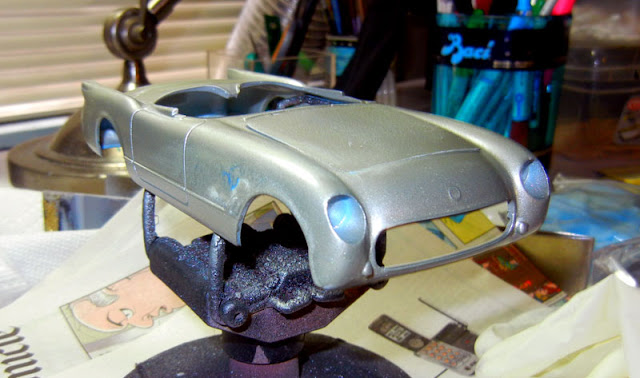 Yost has you spend a lot of time on prep...that makes sense to me....the body for this "proof of concept" build had been painted previously.....I demonstrated to my 8 year old nephew the joys of airbrushing so it was already painted acrylic blue without any prep; I had to strip off most of the old stuff, sand the mold lines, putty in the valances, and respray with German silver, my final goal being a flat white enamel, covered with a couple of shots of two part automotive clear. 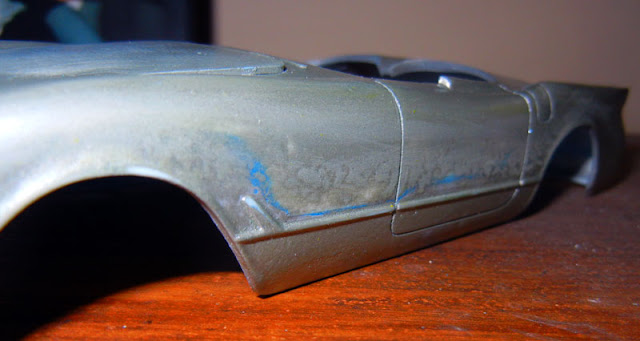 I rushed one of the base coats and the paint ran, so now I am letting it gas out and will sand it smooth and try again.

Yost also recommended taping small parts down to the bench with masking tape and then airbrushing each part, flipping it after a quick dry and hitting it again.  This didn't work as well for me since the paint puddled up and made the final surface coverage a bit dicey.  I will stick to my "alligator clip method" I guess.  Nevertheless the Yost DVD is highly recommended; he takes a difficult topic and breaks it down into simple steps that get the job done fast.  To quote or maybe paraphrase him "this isn't rocket science--those guys wouldn't even let me in the door!"  For this hobby that's the right attitude!