Back again!  This might be the first time I've done two posts in two days!  So from last time: it took me over a year to build a Revell Audi R8, so I built a 58 AMT Chevy as fast as I could, but I am still not satisfied!  After a trip to the LHS I'm seeing what else I can build fast! 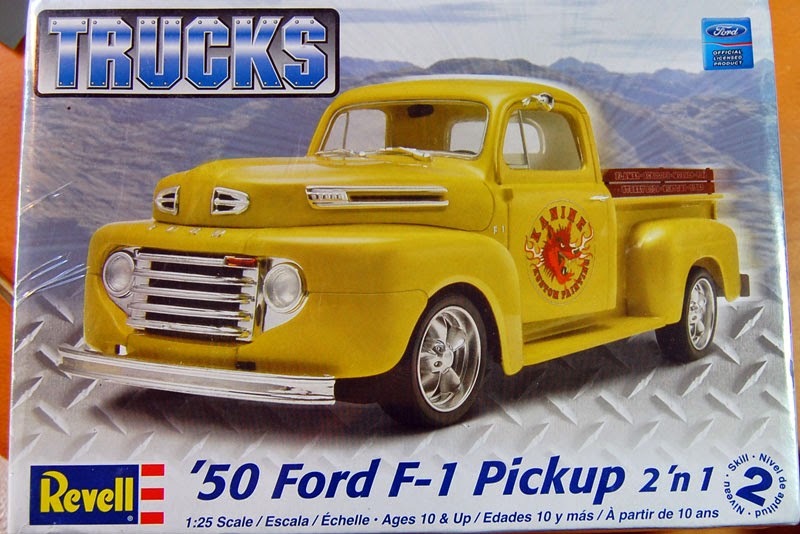 The "winner" is an old Revell Pickup; from last time, I mostly picked this because the trim looked relatively easy to deal with.  Going to build it 100% (!!) box stock. 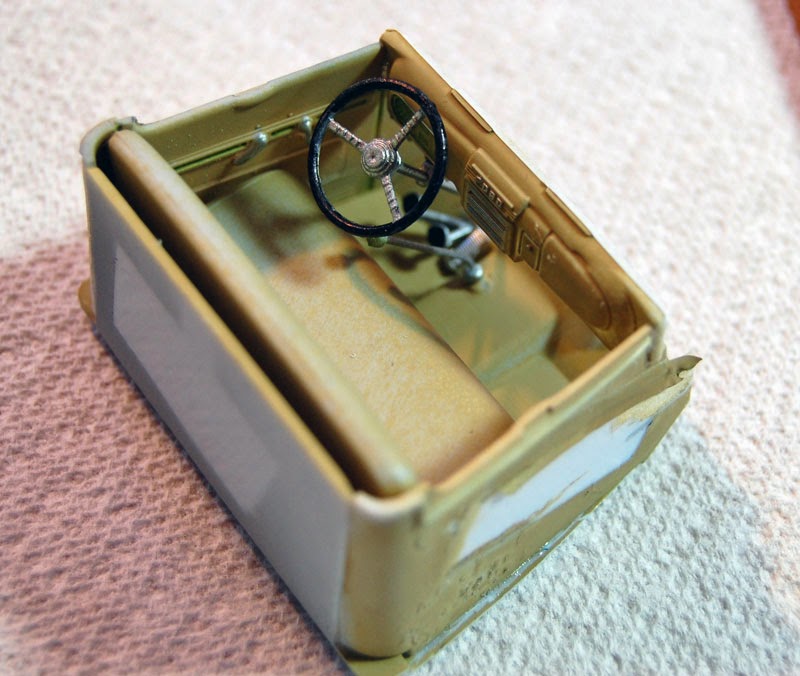 OK so at 3PM of day 2, where am I? I am hardly an expert at any of this, much less "speed builds". So as always, I have to fix the plane while it's in the air. I have read for these "quick as you can" builds CA with accelerator is your best friend.  Sadly, I have never had much luck with CA.  To me it's brittle, runny, ruins plastic glass, and the only thing it sticks to every time is my skin.  So my speed builds are all about scraping away paint and chrome really well, using the dreaded Testors "stinky red" polystyrene glue, the same glue I used when I was like 10 years old, and then clamping the dickens out of it and letting it all dry. Touching up whatever is needed if the scraping was too beaucoup.  For chassis and interior paint, I used the usual combo of Krylon fabric, Duplicolor metals, and Tamiya washes, along with Tamiya Matt Black. And don't forget: lots of Sharpies. No airbrushing; I figured thinning, cleaning, etc. etc. would take too much time. So: I prepped everything, "Ponzi stick'd" each part on an alligator clip and shish-kabob stick and poked the stick into some styrofoam, and painted everything in bunches.  That was last night at about 8PM. 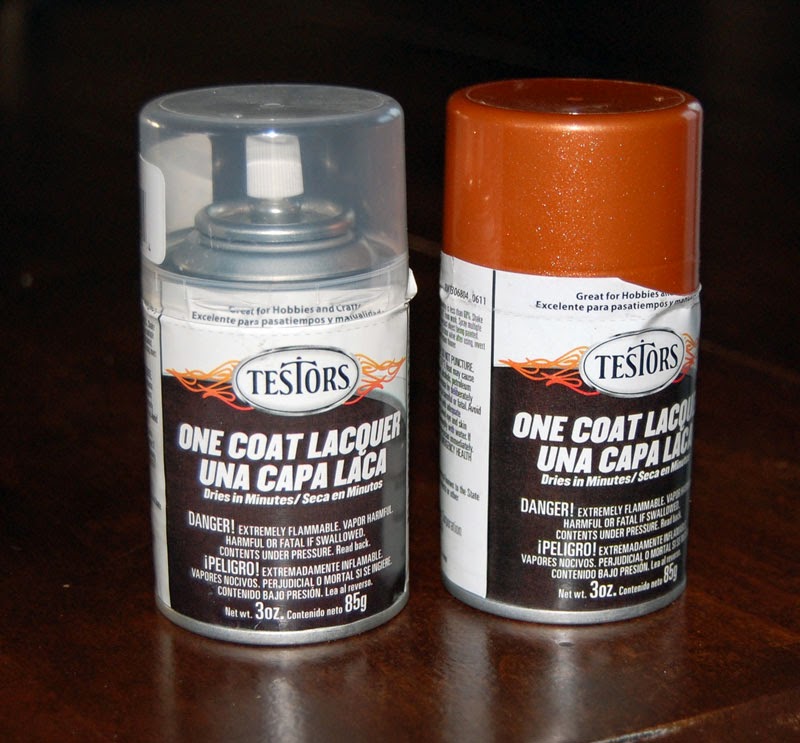 OK, interiors and the undercarriage are easy enough I guess, and besides you, my faithful reader, no one will even see any of it!  OK, about the body, how will I paint this without waiting 2 weeks for everything to dry? A candy coat with Polyurethane clear and primer and undercoat and polish and wax and bare metal foil and...and...and...well again if you follow this blog at all, you know the drill! These steps take weeks especially for me!!!  I have one weekend! To the rescue: Testors One Coat Lacquer.  Una capa laca, baby!

So como esta una capa laca? Damn bueno! the folks at Testors ought to win a nobel prize! It is truly amazing how quick it dries, good it looks, and how sloppy I can be with prep (for this, like, none!) and still have it look pretty darn good. Contest ready?  Well, probably not.  But good for no prep at all?  You bet! Attention Joe Testors or whoever is in charge over there: Find the chemist who thought this up, and give that guy a raise! 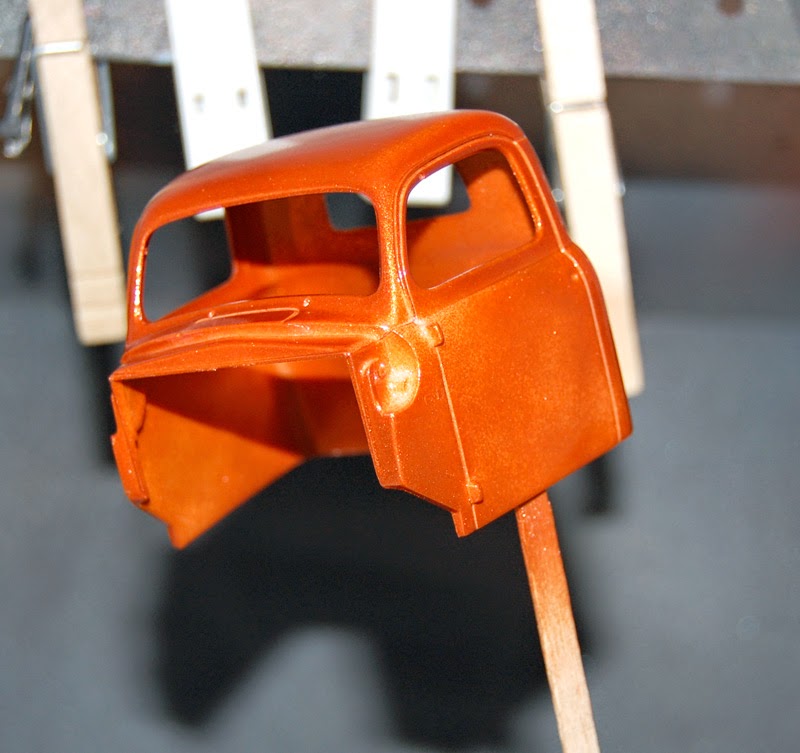 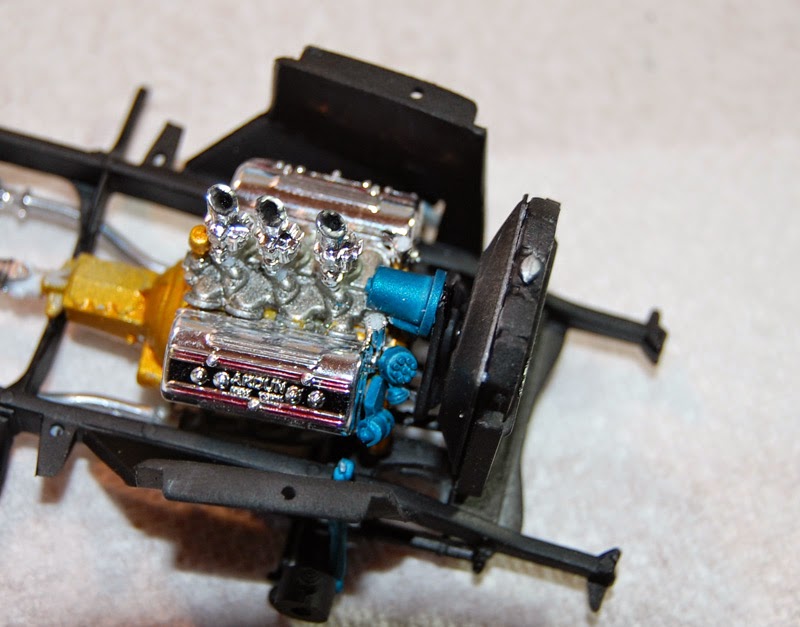 OK enough of that! On to the motor! Bad news: the engine for this kit is a real lemon. Revell gives us a flathead with an Ardun conversion, but they should have just stuck to whatever flatty they had lying around. The valve covers, so important for the cool Ardun look, look more to me like 2 blimps moored on each side of the block. To make things worse, things didn't fit, and the overall feel is a bit bloated.  I'd kit bash the motor if I had more time, but hey this is a speed build!  So what happened? I figure Revell took a flathead master they had lying around and transformed it into an Ardun without the necessary changes (like, get rid of the exhaust ports on the block!)  Their own speed build!

The exhaust system had to be wrestled into place, but unlike some of the older AMT kits I have built, at least I could get the thing to fit, albeit with some cursing and kludging.  Fast, fast, fast!!! What next? Going forward, I was hoping I could avoid polish, but like every other lacquer I've used there's a bit of wavy gravy and some orange peel.  Oh well, I can't have everything.  I'll have to polish it out after at least 12 hours dry time, which makes me think finishing it tomorrow may not happen (especially because I am expecting a guest).  So much for a one weekend build?